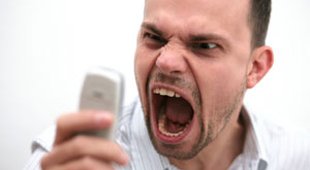 By Matt Henkes | 18th April 2012 | Tech Portfolio http://www.cloudcomputing-news.net/
Covering tech trends across a number of key sectors, including telecoms, apps, marketing and IT, Matt is Editor in Chief of Tech Portfolio. Contact him via twitter @MattHenkes

Workforce engagement with enterprise mobility solutions is critical if the projects are to deliver the efficiency and productivity intended, but new research suggests many companies are failing to consider the factors that affect employee buy-in when implementing these systems.

Research firm Vanson Bourne discovered and alarming trend when it polled 1000 IT and business decision makers on their mobilisation strategies. It found that while 42% of businesses claimed to be actively developing a mobile app for employees, only a quarter believed that their mobile systems had been embraced by the majority of employees.

Additionally, and despite firms over 500 employees planning to spend an average of £390,000 on mobility software in the next 12-18 months, 41% of respondents reported that take up of such schemes had been limited to less than a quarter of the workforce.

Ken Parmelee, senior director of product management at Antenna Software, one of the market leaders in cloud-based enterprise mobility, believes that many companies have failed to engage their employees with mobile projects by failing to think through the situations in which their mobile assets will be used, specifically by poorly designing applications with flawed business logic and usability.

“Companies need to pay more attention to the end user and how and when they are going to use the app,” he said. “Apps which don’t have offline functionality, a poor user interface, or fail to integrate fully with the capabilities of the user device are likely to be left ‘on the shelf’.

The research also revealed some of the factors IT buyers are using to make project decisions, with almost a third reporting that their primary purchasing considerations was a system’s ability to integrate with legacy and back end systems. A fifth regarded price as the number one factor, while only 11% selected vendors based on how ‘future proof’ their system appeared.

Parmelee said it was clear that a good deal of time and money was being wasted through poor design, advising businesses to prototype their apps and test them in the wild if they want to ensure that they’ll be used.

“It’s not clear that these businesses are thinking about the development and implementation of their apps, websites and other mobile assets as strategically as they could be,” he added.

“If they were, they would place more emphasis on deploying solutions with relative longevity to protect these investments, and on ensuring they reach the maximum number of devices and users in an optimal manner. The businesses that will get the most out of mobile won’t be the ones who spend the most, but those who invest effectively.”