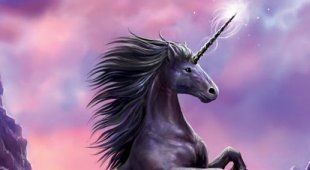 By James Bourne | 11th May 2012 | TechForge Media http://www.cloudcomputing-news.net/
James is editor in chief of TechForge Media, with a passion for how technologies influence business and several Mobile World Congress events under his belt. James has interviewed a variety of leading figures in his career, from former Mafia boss Michael Franzese, to Steve Wozniak, and Jean Michel Jarre. James can be found tweeting at @James_T_Bourne.

Many IT decision makers feel they are more likely to have a close encounter with a flying saucer than see the completion of their company’s cloud migration in the next six months.

This was one of a number of alarming findings contained within Cisco’s 2012 Global Cloud Networking survey this week.

The company polled 1300 IT decision makers in 13 countries spanning five continents, and revealed a lack of universal confidence in the cloud among IT professionals unless a proper cloud migration strategy is adopted.

The survey included a series of irreverent comparisons designed to put “cloud deployments in perspective”, with 31% of the experts surveyed stating that they could train for a marathon or grow a mullet in less time than it would take to migrate their business fully to the cloud.

Nearly a quarter of those polled stated they would in the next six months be more likely to see a UFO, a unicorn or a ghost before they see the completion of their company’s cloud migration.

This however masks a more serious undertone that many IT professionals are either not comfortable with or are close to moving to a private cloud in the very near future.  The survey noted that it is “a clear sign that many IT organisations are still considering and planning cloud migrations.”

Currently only 5% of IT experts have managed to migrate half their company’s applications to the cloud, but this is expected to rise to 20% by the end of the year.

According to those surveyed, the applications which had been moved to a private or public cloud most were email and web (77%), followed by storage (74%) and web conferencing (72%).

Nearly two in five (39%) polled “dread” network challenges with private or public cloud deployments, as well as the same percentage claiming they would not trust their own business information with their current cloud product.

Cisco predicted in their Global Cloud Index that by 2015 global cloud IP traffic will have expanded twelvefold and that by 2014 over 50% of computer workloads will be based in the cloud.