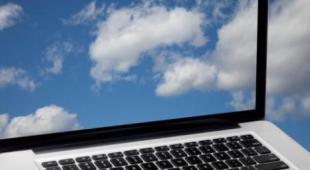 By James Bourne | 18th April 2013 | TechForge Media http://www.cloudcomputing-news.net/
James is editor in chief of TechForge Media, with a passion for how technologies influence business and several Mobile World Congress events under his belt. James has interviewed a variety of leading figures in his career, from former Mafia boss Michael Franzese, to Steve Wozniak, and Jean Michel Jarre. James can be found tweeting at @James_T_Bourne.

A survey of over 800 US-based IT decision makers from Virtustream in conjunction with independent cloud research firm Neovise has revealed that over half of US enterprise are using cloud computing in one form or another.

The main takeaway from the research however centred on the increasing use of hybrid clouds, combining both private and public functionality.

Most notably, larger organisations are more likely to use hybrid clouds. 86% of those surveyed with more than 1000 employees used hybrid clouds, compared to the 59% with fewer than 1000 workers.

In terms of hybrid cloud preferences, there were three scenarios that respondents wanted to see to improve performance:

As the report frequently stated, hybrid clouds are currently in a relatively immature state – but as the boundaries of public and on-premise private clouds, continued saturation is the obvious way forward.

What do you look for in a cloud service?

In terms of utilising public cloud services, there were a few interesting insights into what enterprises look for when choosing a vendor.

Reliability and availability of the cloud was the main reason, with 67% of those polled citing it as “highly important”. Consistency of performance (64%) and overall performance (63%) were similarly popular, with robustness of SLA (service level agreement) garnering 36% of votes – perhaps surprising, given the overlap between SLA and cloud reliability.

Price, in comparison, languished with only 45% of respondents choosing it as highly important.

Considering Microsoft made price a key priority in its launch of Windows Azure Infrastructure Services, the IaaS public cloud platform designed in every way to be a competitor to Amazon, this could come as news to the tech giant.

Of course, anyone reading this now is more than entitled to think “where’s security in this list?” The researchers didn’t include it as an option, because “we already know security is a top requirement for public cloud users”.

“Reliability, availability and performance (as well as security) all represent some of the most basic – and necessary – attributes of any IT service,” the report notes.

Just as Antenna Software described the perfect BYOD recipe as having one secure gateway, one MDM package, one MAM package, a data governance policy and lots of phones and tablets, the perfect public cloud recipe could be summed up in reliability, availability, performance and security.

The report also makes a differentiation between performance and consistent performance.

“As public cloud users gain experience, they are becoming aware that consistency of performance can be even more important than raw performance,” the report explains.

The full report can be located here (signup required). What’s your view on hybrid clouds?