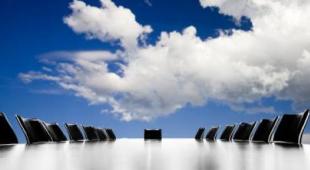 By James Bourne | 24th January 2013 | TechForge Media http://www.cloudcomputing-news.net/
James is editor in chief of TechForge Media, with a passion for how technologies influence business and several Mobile World Congress events under his belt. James has interviewed a variety of leading figures in his career, from former Mafia boss Michael Franzese, to Steve Wozniak, and Jean Michel Jarre. James can be found tweeting at @James_T_Bourne.

A new survey from Brocade has revealed the extent of the changing CIO role in enterprise – and put cloud adoption as a major driver of it.

There were other interesting results, with 75% of respondents unsure whether their company’s SLAs (service level agreements) will meet minimum requirements, which may come as a surprise.

Of course, a downwardly revised SLA will mean downtime and greater IT costs, but Forrester predicted that 2013 will see SLAs given less importance – so it’s worth noting where this will end up.

Cloud computing featured heavily in CIO technology and business predictions for 2013 according to a Gartner survey reported by CloudTech last week, with cloud computing (incorporating SaaS, IaaS and Paas) ranked as the third tech priority and CRM, virtualisation and ERP all making the top 10.

But what will the priorities be for CIOs by 2020? According to the Brocade research, policy enforcement and mediation between business units and service providers will be the key watchwords. Similarly, two in three survey respondents stated their belief that the COO (chief operations officer) and CIO role will merge by 2020.

“This study has flagged some critical concerns about network deployment in modern business, and the strategic importance of the evolving role of the CIO,” said Alberto Soto, Brocade VP EMEA.

Soto added: “The CIO will remain strategic to the business, but will assume a myriad of new responsibilities as network usage evolves in the coming years.”

Brocade has also come up with an infographic looking at the different types of CIO today (see below, click to enlarge). Are any of these character traits familiar to you?