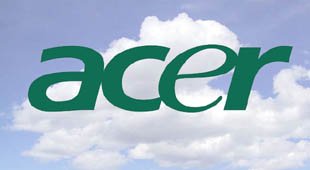 By Matt Henkes | 25th July 2011 | Tech Portfolio http://www.cloudcomputing-news.net/
Covering tech trends across a number of key sectors, including telecoms, apps, marketing and IT, Matt is Editor in Chief of Tech Portfolio. Contact him via twitter @MattHenkes

The Taiwanese electronics manufacturing giant Acer looks about to embark on cloud odyssey of its own as after paying out around $320m for the little-known Silicone Valley-based firm iGware.

The company has had a difficult year so far, suffering a share-price fall of almost 50%, declining retail revenues and the loss its CEO Gianfranco Lanci following a series of disagreements over business strategy.

Earlier this month, until recently the world’s number two PC producer, was shunted to fourth by analyst firms Gartner and IDC in the global PC market.

After missing the boat on the smartphone and tablet market, Acer is now expected to focus on mobile devices to drive future growth; and is reportedly acquiring iGware in order to accelerate its foray into the cloud computing business.

iGware supplies cloud software and infrastructure tools including “device eco-systems, virtual consoles and personal cloud”. It supports over 100 million consumer devices worldwide including Nintendo Wii, iDS and 3DS and the future Wii U.

Acer is expected to enter talks with Nintendo, iGware’s largest and ‘most important’ customer about future partnership and support with the acquisition. Nintendo is still to comment on the deal.

“The goal of Acer Cloud is to allow our users enjoy and manage all their ICT devices, contents and resources with ease, by integrating all Acer products including PCs, tablets and smart handheld devices within a safe and secure environment,” said Acer CEO JT Wang.

Dr. Wei Yen, Founder and Chairman of iGware said, “This merger will provide a significantly larger platform to further develop and extend our technologies to Acer’s global customers. At the same time, it will allow us to continue working closely with our existing partners and build additional strategic relationships with others.”

Acer regards the development of cloud technology as a major industry trend. In the next 10 years, Acer Cloud is expected to become a key element to create unique differentiation for Acer products.

With iGware’s cloud technology already in use, Acer is confident of a promising future development in Acer Cloud built on open platform. In the foreseeable future, Acer will begin hardware and software design integration, and expects to launch products that leverage Acer Cloud services during 2012.