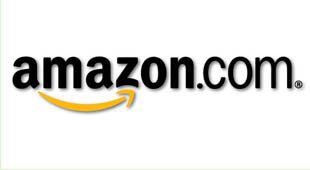 By Matt Henkes | 26th July 2011 | Tech Portfolio http://www.cloudcomputing-news.net/
Covering tech trends across a number of key sectors, including telecoms, apps, marketing and IT, Matt is Editor in Chief of Tech Portfolio. Contact him via twitter @MattHenkes

Amazon Web Services (AWS), the online retail giant’s cloud computing division, has the potential to be a $1bn business as early as next year; that is if a number of respected industry analysts are to be believed.

The speculation comes as Amazon prepares to release its Q2 results, and the firm has admitted that it has hundreds of thousands of customers in more than 190 countries.

The firm’s cloud services, centred around Elastic Compute Cloud (EC2) and Simple Storage Service (S3), among a number of others, have been growing steadily.

Amazon doesn’t disclose detailed AWS results, but instead publishing the unit’s results lumped in with a number of parts of the business, in a category mysteriously named ‘Other’.

In Q1 of this year, Amazon reported revenues of $9.86bn, 3% of which, that’s $311m, was attributed to the ‘Other’ category.  Unfortunately, that covers all revenue not generated by media or electronics or other general merchandise, so it’s difficult to assign a number to AWS.

However, speculation among analysts about its rapid growth has been fuelled in recent days by some exciting information on how many pieces of data, or objects, are stored by the unit’s S3 storage service.

Last week the company broke its traditional silence to release some startling numbers on the AWS blog; at the end of the second quarter, S3 held more than 449 billion objects, up 71% on the end of 2010.

“While still very small for Amazon (likely about $750 million revenue run rate), given the size of the market opportunity and Amazon’s strong competitive positioning, we believe that this could soon be a $1 billion revenue segment,” wrote Citigroup Internet analyst Mark Mahaney in a note to investors last week.