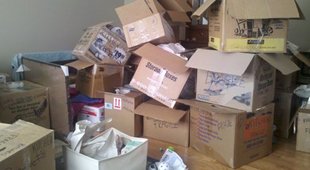 By Matt Henkes | 13th October 2011 | Tech Portfolio http://www.cloudcomputing-news.net/
Covering tech trends across a number of key sectors, including telecoms, apps, marketing and IT, Matt is Editor in Chief of Tech Portfolio. Contact him via twitter @MattHenkes

Storage limitations are getting in the way of increased virtualisation strategies for many organisations, according to a new report.

While many organisations are reaping the benefit of smart virtualisation programmes, server consolidation, improved resource utilisation, faster application deployment and general overall flexibility, the cost and performance of storage is becoming a significant barrier to running greater virtual environments.

Tintri, the California-based VM storage appliance manufacturer, found that the early success of many virtualisation programmes had led a great deal of confidence among IT managers, with almost two thirds planning to be at least 75% virtualised by the end of 2012, though only 36% currently claimed to be heavily virtualised.

Desktops and enterprise applications like CRM and ERP, were 50% less likely to be virtualized than core IT infrastructure or development/test environments.

However, when asked about the main barriers to these plans, 46% cited the performance and 51% the cost of storage. The next most common challenges mentioned by users was application support and organizational resistance. Issues like hypervisor performance barely registered at 11%.

When asked what they look for in a storage solution, 52% said that performance isolation for VMs was important, while 45% said VM-level performance visibility at the storage layer was a factor.

Recent research has highlighted virtualisation as one of the key issues for IT directors and managers this year, but with storage limitations hampering progress, is a 100% virtualised organisation even possible at this time?

“IT has had great success virtualising less demanding applications like development/test servers and basic infrastructure components,” said Tintri’s VP of Marketing, Chris Bennett. “However, as companies attempt to expand virtualisation to more robust applications, they are quickly discovering that traditional networked storage creates significant bottlenecks. Until recently, the only way to overcome these was to over-invest in storage capacity and management capabilities to meet SLAs.”