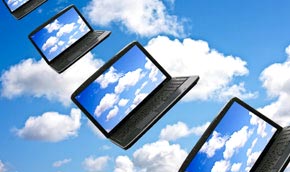 By Dani Millward | 17th October 2011 | Cloud Tech
Covering a range of topics within key technology sectors, including apps, development, marketing and IT, Dani is Online Editor of Cloud Tech. Contact her via Twitter on @Dani_Millward

Cloud computing related businesses are performing strongly while hardware manufacturers are struggling as businesses increasingly spend their money on Cloud-based platforms rather than PC systems, analysts have said.

When the latest financial reporting season kicks off next week, Cloud-based businesses, including Intel Corp and EMC, are expected to report a boost to in revenue, as people choose remote data storage and create their own servers with the help of businesses like VMware.

Social media platforms, such as Facebook, are constantly growing and building larger data centers. By using companies, like Intel, for parts instead of purchasing whole servers, this helps businesses boost their profits.

According to analysts, PC manufacturers are also falling behind as consumers choose to buy smartphones and tablets rather than upgrading their PCs. Apple Inc is expected to announce a 57% rise in net profit, due to the recent launch of the iPhone 4S, while Microsoft Corp is expected to post a mere 6% increase, partly because it relies on PC sales to keep their products growing.