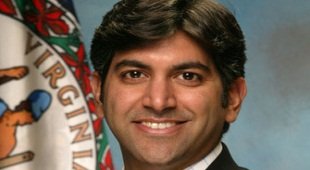 The European Union has said it is preparing to embrace the cloud fully in 2012 when it begins to roll out its cloud strategy, according to vice president for the Digital Agenda, Neelie Kroes, and the plans will be overseen by former US chief information officer, Vivek Kundra.

Speaking at a conference in San Francisco, Kroes said: “We are hoping to publish Europe’s strategy on cloud computing next year and I have asked Vivek to be my advisor on this; he has said yes,” adding: “My day has been made.”

Vivek Kundra, also in attendance, took a hard line on the approach other nations have to the cloud adding that he felt the world’s governments needed to further devote their efforts to finding cloud solutions to their IT needs having seen first-hand the failings of the “old IT model”.

“The old model, which I would call the IT cartel, allows companies to put as many people as possible into a project and bill governments exorbitant rates,” he said. “We cannot continue like this and need to make sure governments around the world, which all face tough economic circumstances, find the innovative path to serving citizens more effectively.”

Kundra has recently stepped down from his post in the US but remains an influential figure in technology. It is hoped that his influence will bring a fresh approach to the EU’s technology strategy – Kroes for one will be particularly interested in his suggestions with regard to the cloud having been a long-time supporter of such solutions recently writing in her blog that: “the cloud is critical to Europe’s growth, and essential for making the best internet available to all. Getting the cloud right will mean the internet can continue to be a generator of innovation, growth and freedom.”