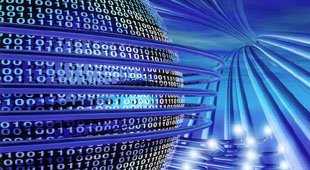 By James Bourne | 2nd April 2012 | TechForge Media http://www.cloudcomputing-news.net/
James is editor in chief of TechForge Media, with a passion for how technologies influence business and several Mobile World Congress events under his belt. James has interviewed a variety of leading figures in his career, from former Mafia boss Michael Franzese, to Steve Wozniak, and Jean Michel Jarre. James can be found tweeting at @James_T_Bourne.

As data volumes continue to swell, organisations are continuously faced with the challenge of optimising their underlying network infrastructure in order to support the increasing flow of traffic.  Virtualisation, cloud computing, and Virtual Desktop Infrastructures (VDIs) deliver enormous management and costs savings, however, these benefits can easily be lost if application performance hampers end user productivity or backend processes, as often happens when applica­tions are delivered across a Wide Area Network (WAN).

Optimising the WAN and improving network stability is therefore paramount to ensuring companies can meet their business objectives and take full advantage of the technology in which they have invested such large amounts of money.

Virtual applications and desktops are extremely interactive, requiring screen updates and mouse movements to be sent over the WAN using thin-client protocols.  While these work fine in a Local Area Network (LAN), there are unique challenges when communicating across a WAN that can have an adverse effect on the performance of these protocols, resulting in slow screen refresh rates and occasional session disconnects.

Latency is common when communication takes place over long geographical distances, bandwidth is often limited and costly to provide, and in many environments, like MPLS and cloud, packets are often lost or delivered out of order due to network congestion.  When any or all of these issues arise, business continuity initiatives are costly and at risk of failure.

It is estimated that the average large company upgrades WAN bandwidth approximately every two years to accommodate growing data volumes and an ever increasing need for real-time WAN performance.  Upgrading bandwidth, however, is both time consuming and costly, and does not always address application delivery woes brought on by latency, packet loss and other common issues.

For instance, in cloud environments, packet delivery issues can increase as throughput increases, which places yet more demand on network resources.  It is common to see averages of 0.5 percent packet loss with peaks reaching five percent, no matter how much bandwidth is provided.  These issues can lead to excessive re-transmissions, limiting the effective throughput of data transfers across the WAN.

Enterprises must therefore grasp the importance of tackling the underlying network infrastructure challenges that hamper key business applications, instead of continuing under the illusion that throwing additional bandwidth at the problem will solve the issue – this approach only complicates the problem.

Every cloud has a silver lining

Cloud computing involves, at the highest level, the delivery of hosted services via a shared WAN, such as the internet.  Irrespective of the type of service deployed, all cloud computing initiatives have one thing in common – data is centralised, while users are distributed.  Understandably, this places increased pressure on the network, making cloud computing susceptible to the same WAN bandwidth, latency, and quality challenges that impact other enterprise applications.

To accommodate the increasing volumes of data, organisations can deploy large WAN links between data centres, which are able to handle hundreds of megabytes or terabytes of data.  However, given the price of WAN bandwidth, this can become an extremely expensive component which often doesn’t solve the true underlying performance problems.

A real-time solution that has the scalability to handle increasing volumes of data traffic – such as WAN optimisation – is critical  to cloud computing services; it is the only way to overcome bandwidth, latency and WAN quality issues that plague the cloud and, indeed, business applications in general.  By reducing the amount of data sent across the WAN, prioritising key traffic, and eliminating packet retransmissions with WAN optimisation technology, the result is three-fold – network performance and end-user experience is drastically improved, while ongoing telco costs are significantly reduced.

With some business applications costing close to £6,000 per user to deploy, enterprises can end up spending considerable portions of their IT budgets rolling them out.  It is not uncommon for IT managers to spend a third of the total project investment on upgrades to IT infrastructure in order to support such new applications.  Comparatively, a network investment can often cost less than one percent of the total cost of deploying a single enterprise application, thus WAN optimisation provides a rapid return on investment, with the added benefit of increased end-user satisfaction.

WAN optimisation not only addresses latency, packet loss, and bandwidth challenges that cause critical applications to be unresponsive and/or unreliable across the WAN, but it also provides real-time optimisation techniques that maximises WAN performance – a fundamental aspect of any successful data centre initiative.  By taking a network-centric approach to WAN optimisation, organisations are able to achieve maximum scalability and the flexibility needed to support all current and emerging applications on the network, thus removing the vulnerability gap that can seriously compromise strategic IT plans.