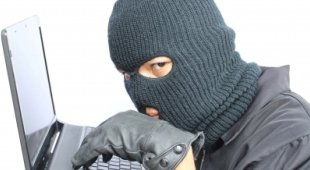 By James Bourne | 6th August 2012 | TechForge Media http://www.cloudcomputing-news.net/
Categories: Security,
James is editor in chief of TechForge Media, with a passion for how technologies influence business and several Mobile World Congress events under his belt. James has interviewed a variety of leading figures in his career, from former Mafia boss Michael Franzese, to Steve Wozniak, and Jean Michel Jarre. James can be found tweeting at @James_T_Bourne.

Speaking after a performance of Mike Daisey’s monologue “The Agony and the Ecstasy of Steve Jobs”, Steve Wozniak was in uncompromising mood concerning his thoughts on cloud computing.

Wozniak reportedly told the packed theatre audience: “I think [cloud’s] going to be horrendous. I think there are going to be a lot of horrible problems in the next five years”.

Five years is a long time. According to Gartner, four years is all it will take for a third of consumers’ digital content to end up in the cloud.

Wozniak added: “With the cloud, you don’t own anything. The more we transfer everything onto the cloud, the less we’re going to have control over it”.

As a result, it’s easy to sympathise with the unfortunate story of US journalist Mat Honan, who will doubtless have Wozniak’s words ringing in his ears.

Honan’s iCloud, along with his Twitter, Google, iPhone, iPad and MacBook Air, all went down or were remotely wiped in a frenzied period of activity over the weekend.

What appears to be most worrying is that Honan’s iCloud password was a seven digit alphanumeric which wasn’t used anywhere else.

So at least Honan passed the first test, unlike the anonymous unfortunate whose Dropbox password was reused on a third party website which was later compromised, leading to hackers finding the treasure of a huge emailing list to whom it sent unsolicited spam.

Evidence of more sophisticated hacking at play was evinced on the former Gizmodo writer’s blog. An update, purportedly from the hacker, stated that mere guessing and brute force wasn’t the reason for the leak.

Thus Honan’s previous admittance that his iCloud password hadn’t changed in several years was something of a red herring. Despite this, Honan noted he “can’t be at all certain” of the hacker’s authenticity.

What appeared to transpire, in another update, was that the culprits used “clever social engineering” on Apple’s tech support team to get Honan’s password.

What’s the solution? Perhaps backing your files up, but that’s hardly a ringing endorsement for cloud security, nor does it make moving to the cloud any more convenient.

“Because I’m a jerk who doesn’t back up data, I’ve lost more than a year’s worth of photos, emails, documents and more,” Honan admitted.

Given the possibility that a mere bit of social schmoozing was the indicator for Honan’s digital nightmare, is this a cloud problem or an Apple problem? Do you agree or empathise with Steve Wozniak’s worries about migrating data to the cloud?