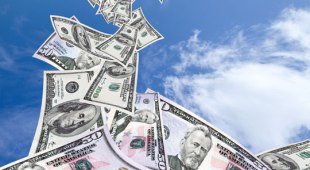 By James Bourne | 14th August 2012 | TechForge Media http://www.cloudcomputing-news.net/
James is editor in chief of TechForge Media, with a passion for how technologies influence business and several Mobile World Congress events under his belt. James has interviewed a variety of leading figures in his career, from former Mafia boss Michael Franzese, to Steve Wozniak, and Jean Michel Jarre. James can be found tweeting at @James_T_Bourne.

According to analysis from research firm Frost and Sullivan, over half of Australian companies using cloud computing services are spending 10% of their budget on the cloud.

Further research revealed that 70% of Australian enterprises in the cloud are looking to boost their services “significantly” in the next 12 months.

While SaaS remained the most common delivery model, the use of IaaS has skyrocketed, in part due to increased local market adoption, the report noted.

The usual concerns over moving to the cloud remain, according to the Australian research.

The report noted security as the deal breaker when selecting a cloud vendor, with reliability, good support services, hosting capabilities and company reputation being the next important aspects.

This is perhaps unsurprising news, given journalist Mat Honan’s iCloud went down merely due to “clever social engineering” of Apple’s tech support team.

Mayank Kapoor, Frost and Sullivan industry analyst, noted: “Cloud-based solutions enable organisations to focus on other aspects of operations by freeing up key resources previously dedicated to other IT services”.

But does this align with other reports on cloud spending? Back in 2009, IDC predicted that public cloud computing will account for 10% of all IT spending by 2013 so it’s evident that current spending is at least in the ballpark of that forecast.

Recent research from Gartner revealed that cloud spending was expected to double over the next four years, with a global figure of $109 billion (£69bn) in 2012 being dwarfed by 2016’s predicted $207bn (£131bn) figure.

So is this more good news for analysts looking at the cloud, or should we take it with a pinch of salt? Would a lack of security fears make these figures even better?