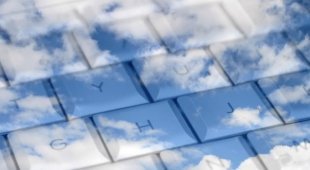 By James Bourne | 15th August 2012 | TechForge Media http://www.cloudcomputing-news.net/
Categories: Research, SaaS, Security,
James is editor in chief of TechForge Media, with a passion for how technologies influence business and several Mobile World Congress events under his belt. James has interviewed a variety of leading figures in his career, from former Mafia boss Michael Franzese, to Steve Wozniak, and Jean Michel Jarre. James can be found tweeting at @James_T_Bourne.

A new report from consultants KPMG has shown that software as a service (SaaS) is expanding rapidly, and the threat of a double dip recession is purportedly driving cloud adoption.

It’s a reasonable enough assumption – companies moving to the cloud often do so in the hope of reducing cost, after all – and it appears SaaS is the best model with which to achieve that aim, although there are still some worries for CIOs to consider.

The key factors that are driving growth in the global SaaS market according to the report were:

The figures of SaaS adoption were intriguing, particularly given a previous KPMG survey, 2011’s Embracing the Cloud, revealed that nearly half of the 900 IT executives surveyed (46%) foresaw their biggest investments to be in cloud-delivered SaaS.

The report noted that the latter figure is liable to increase swiftly, with Australia, South Korea and Singapore noted as “some of the key SaaS markets that offer growth opportunities for service providers”.

But it’s not all good news. The report specifically noted four difficulties yet to be addressed with SaaS:

Unsurprisingly, security remains a key issue. The report cited the outage last year of Salesforce.com – who is currently embroiled in a trademark argument over the term ‘social enterprise’ – as a reason for concern over SaaS security but then again, when isn’t an aspect of cloud security scrutinised?

Similarly, customised SaaS installations often take an inordinate amount of time, and a lack of well-established, stable networks lead to inefficiency and inconsistency.

KPMG concluded by calling the growth of SaaS “robust”, and added: “In order to explore this growth opportunity, service providers need to form partnerships and collaborate with multiple vendors to introduce new solutions”.

But what do you think? Is SaaS the best option in tough economic times?