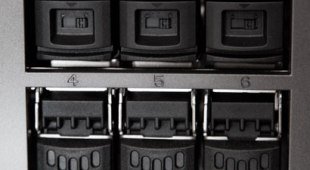 By Rackspace | 22nd August 2012 | Rackspace Hosting http://www.rackspace.com/
Rackspace delivers enterprise-level hosting services to businesses of all sizes and kinds around the world.

The networking layer of the data center may be the next segment of IT to undergo some disruption, putting it on par with servers and storage, which have seen major changes with the help of cloud computing, virtualisation and other trends designed to improve efficiency and performance.

Software-defined networking, or SDN, has been around for several years now and is utilized by such big-name players as Rackspace.

But the technology is poised to gain more of a foothold in the data center. SDN offers clients more flexibility and less down time if they need to expand from their current server usage.

For the most part, networking has not evolved at the same pace as servers and storage, and networking has become somewhat of a costly bottleneck. SDN’s goal is to take tasks currently handled by hardware and perform these tasks in the software.

The intelligence of the network is moved from switches and routers to a central, software-based controller. SDN also enables enterprises to partition their network around their office.

The software will make networks cheaper to build, faster to configure and more efficient to operate. It is already winning over large customers and inspiring a new set of start-ups aiming to grab a piece of the data center pie.

“This is one of the most significant things to come along in the last 10 years in networking,” said Mike Volpi, a former executive at Cisco who is now a partner at Index Ventures, to The Wall Street Journal.

Using SDN, businesses can partition their networks for private use. Bankers, for example, can share confidential financial data securely. Other network features such as security firewalls, which usually require additional hardware, can be added as software, lowering costs.

Rackspace has been testing SDN for two years and recently implemented it for some of its 180,000 customers.

When a customer outgrows its current space in a Rackspace data center, the company sometimes needs to physically reconfigure the network the customer uses. That can take days, but could be reduced to minutes using SDN, Lew Moorman, president of Rackspace, told The Wall Street Journal.

“There are things we have to do today because of the physical constraints of networking that will get much faster,” Moorman said.

Rackspace has about 1,000 of its customers using SDN and in August will start the next phase of its project, eventually covering 60,000 customers.

Patrick Burke is a writer and editor based in the greater New York area and occasionally blogs for Rackspace Hosting.