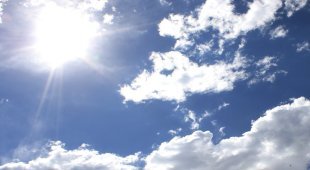 By James Bourne | 12th December 2012 | TechForge Media http://www.cloudcomputing-news.net/
Categories: Applications, Research, Security,
James is editor in chief of TechForge Media, with a passion for how technologies influence business and several Mobile World Congress events under his belt. James has interviewed a variety of leading figures in his career, from former Mafia boss Michael Franzese, to Steve Wozniak, and Jean Michel Jarre. James can be found tweeting at @James_T_Bourne.

Research from identity management provider SailPoint has revealed that US and UK based IT leaders see one in three mission critical apps as currently in the cloud, with that figure rising sharply by 2015.

The Market Pulse Survey of 400 IT and business leaders, which defined ‘mission critical’ as apps mainly focused on storage, file-sharing and communications, forecast that the number is expected to grow to one in two in three years.

The figures differed slightly dependent on which side of the Atlantic respondents were based – 32% in the US compared to 30% in the UK for cloudy mission critical apps now – but the consensus was the same.

Another element of the research centred on pain points with moving to the cloud, with the usual suspects present.

With security still a high risk, another facet of the research considering what the IT leaders saw as ‘high-risk data’ in the cloud – and how much they were prepared to put into it – was illuminating.

The figures were again very similar. Just over one in three (35% US, 36% UK) agreed that some of the data they were storing in the cloud was high risk, as opposed to half (50% US, 49% UK) who were adamantly against the gamble.

Worryingly, 15% on both sides were not sure as they had no way of knowing if sensitive data is stored in the cloud at all.

Security is still top of mind when discussing a move to the cloud. Recent Stratsec research inferred that some cloud providers were unable to stop malicious attacks, whilst security was the number one initiative when selecting a provider with both cloud and non-cloud users in a recent Raconteur Media paper.

The fact that nearly half of those polled stated availability was an issue is significant, especially when considering Forrester’s 2013 cloud forecasts – one of which stating that cloud SLAs will become less important.

Roughly one in three survey respondents accessed their company’s cloud system on a mobile device (35% US, 30% UK). Understandably, these figures are lower than the standard email and intranet, but as the report notes: “Business users are increasingly using their devices for a broader range of work activities than ever before”.

This also seems to fit in with another Forrester prediction: the continued convergence of cloud and mobile, so expect higher figures for SailPoint’s 2013 Market Pulse Survey.

The full research can be found here. What’s the biggest concern for you in the cloud right now?