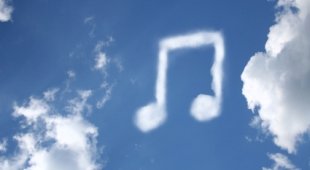 By James Bourne | 13th December 2012 | TechForge Media http://www.cloudcomputing-news.net/
James is editor in chief of TechForge Media, with a passion for how technologies influence business and several Mobile World Congress events under his belt. James has interviewed a variety of leading figures in his career, from former Mafia boss Michael Franzese, to Steve Wozniak, and Jean Michel Jarre. James can be found tweeting at @James_T_Bourne.

There have been intriguing developments in terms of utilising the cloud as an entertainment vehicle during the past 24 hours, with Dropbox acquiring personal music streaming service Audiogalaxy and Amazon’s Cloud Player arriving on Samsung Smart TVs.

The acquisition of Audiogalaxy by cloud storage expert Dropbox may be a sign of things to come. Dropbox already allows limited music streaming as part of its cloud storage solution, and with Audiogalaxy’s expertise in that area, it seems like a match made in heaven.

In a blog post entitled “Hello, Dropbox” the three founders of Audiogalaxy, Michael Merhej, Tom Kleinpeter and Viraj Mody, wrote: “Over the last few years we’ve built a wonderful music experience on the web and mobile devices, attracting loyal users from all over the world.

“Today, we are thrilled to announce our team is joining Dropbox!” the blog continues, adding: “We are excited about the opportunity to join the amazing folks at Dropbox and bring great new experiences to 100m+ Dropbox users.”

Financial terms of the deal were not disclosed; however it appears the Audiogalaxy team were snapped up by Dropbox as part of an acqui-hire. Audiogalaxy has locked down signups, with current users still able to access their mixes until December 31.

Between its inception in 1998 and 2002, Audiogalaxy was a peer-to-peer file sharing service not dissimilar to the original Napster, Kazaa and WinMX in the peak period of P2P sharing. Inevitably however, legal issues with major record labels scuppered the original program and between 2002 and 2010 it was a promotional website for music streamer Rhapsody.

Most recently Audiogalaxy was a cloud music system whereby tracks people owned – legitimately owned, without any digital rights management attached – were hosted and could then be played anywhere.

This acquisition by Dropbox – if the logical step of a cloud music service occurs – will help to thrust the cloud storage firm into space currently occupied by the likes of Amazon’s Cloud Player and Google Music.

Amazon’s cloudy music offering has also recently made an advance in the sphere, as Amazon has today announced partnerships that will enable its Cloud Player to integrate with both Roku streaming services and Samsung Smart TVs through a new app.

Steve Boom, Amazon VP of digital music, said: “We want to give customers the choice to enjoy music anywhere they are, whether that is on the go with a mobile device, or in the comfort of their own living room.”

Uploading music onto the Smart TV through the app seems to be a non-starter due to the lack of local storage, but are these two developments proof that storing music in the cloud is the way forward?