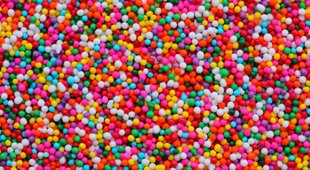 By James Bourne | 21st December 2012 | TechForge Media http://www.cloudcomputing-news.net/
James is editor in chief of TechForge Media, with a passion for how technologies influence business and several Mobile World Congress events under his belt. James has interviewed a variety of leading figures in his career, from former Mafia boss Michael Franzese, to Steve Wozniak, and Jean Michel Jarre. James can be found tweeting at @James_T_Bourne.

In 2012, we began losing our battle against data, as the amount of digital data being created, stored and shared reached new heights. At the same time, we witnessed a record build out of centralized infrastructure, as cloud vendors and enterprises built or expanded datacenters around the globe in an attempt to store and manage all this data. And the pace of both of these are only accelerating as we enter the new year.

This data escalation combined with the continued forces of consumerization and gamification of enterprise IT will lead to a clear mandate for CIOs and IT leaders in 2013:  take back control of corporate data.

We will see a significant increase in investment around data management, particularly in data classification, storage, big data, and data protection.  IT will also start saying “no” to the many rogue cloud platforms, data sharing and collaboration services being used by employees, and will implement new policies and governance to control the usage and access to data.   To do so, IT will have to first admit that its employees are “in the cloud” whether they know it or want it or not.

This improved control does not mean going back to the days of network lockdown, but rather greater controls around the data and applications, while still enabling the agility and economics of cloud computing. As I advise CIO’s, IT should own the definition of trust and the criteria and controls around cloud providers and services, while enabling the business units to utilize cloud platforms and applications when needed.

Specifically, I expect the following key trends in 2013 across cloud, storage and data management.