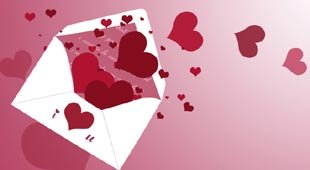 As a software QA tester, how do you work? Your mission is to find bugs. That’s when the drudgery starts. Most likely your day looks like this: you start by retracing steps, you grab screen captures, you take notes, open a defect tracking tool, and then finally submit a ticket.

Most likely you missed a few things. Same old story.

qTrace is the most unobtrusive tool you will ever have the pleasure of using. A defect capture and reporting tool that follows all your screen time and movements. It’s almost too simple. A user manual is not even needed. Testers turn it on (it operates in the background) and they start their day’s testing session. The tool captures every screen and every step performed during your testing.

As it works, it could be used for other things such as training.

The company’s Vietnamese-born CEO Vu Lam was awarded by his country’s Ministry of Information Technology for shepherding the lucrative business of international IT outsourcing, paving the way for Vietnam to become the next Bangalore.

Says Vu Lam, “Today developers and testers require testing tools that provide more than basic record-keeping and collaboration. They require tools that support cloud-based software development and testing processes along with agility, scalability and intelligence into how the software is being designed, deployed and used. Our mission is to provide these tools from our cloud-based platform.”

During its beta phase, the company claims that users were able to cut defect capture time by 30-50 percent and decrease fix time by 10-30 percent.

Says Gwendolyn Sanders, senior QA analyst at Silverpop. “The beta showed us that we could cut in half the time it takes to capture screens and record defects.”

Well said. Today and for the foreseeable future, qTrace can be used freely for a limited time by visiting http://www.qasymphony.com/qtrace-download.html.

Cloud apps will be high on the agenda at Apps World on 2-3 October. The event will be dedicating an entire day to workshops examining this influx of business mobile technology that is enabling a new paradigm of enterprise efficiency and workforce mobility. Find out more about the workshops here.