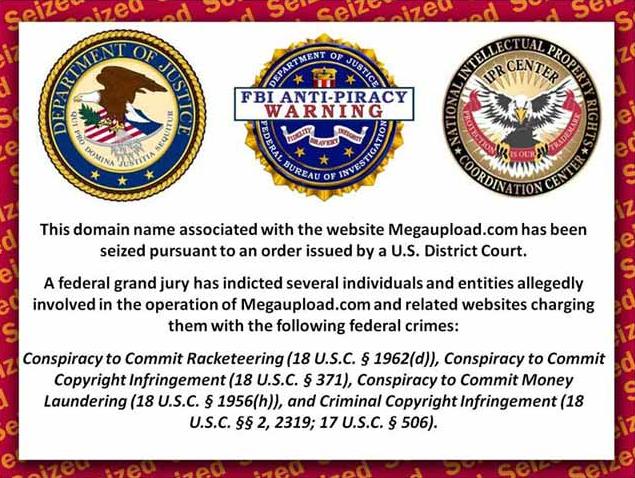 By Matt Henkes | 23rd January 2012 | Tech Portfolio http://www.cloudcomputing-news.net/
Covering tech trends across a number of key sectors, including telecoms, apps, marketing and IT, Matt is Editor in Chief of Tech Portfolio. Contact him via twitter @MattHenkes

With Kim Dotcom, founder of the Megaupload website still languishing in custody in New Zealand after his bail hearing was postponed, the plight of the group detained over the US government indictment of the site raises uncomfortable questions for cloud storage service providers everywhere.

Seven men have been arrested, while a further three are still being sought by authorities in connection with the site, which is alleged to have generated over $175m in a few years through copying and distributing copyrighted content without authorisation.

But as many premium paid users of the site complain bitterly that they no longer have access to data they have uploaded legitimately, visitors to the url are now presented with a siezure notice from the FBI, should businesses like Dropbox, MediaFire, YouSendIt and Box.net, not to mention Amazon, Microsoft and Google, be sweating a little bit?

The frighteners generated by the Megaupload case have already begun reverberating around the industry. Another such service, Uploaded.to, has blocked US traffic to its site, though it remains available to users in other countries. While data storage site Filesonic has already put a stop to its file-sharing. “All sharing functionality on Filesonic is now disabled,” is told users. “Our service can only be used to upload and retrieve files that you have uploaded personally.”

So should legitimate storage companies be worried? The charges against Megaupload run to far more than content piracy, with money laundering, trafficking and blatant disregard for copyright all part of the US government’s long list.

Kim Dotcom’s lawyer argues that he is innocent, that Megaupload was a service like YouTube for people to promote their creativity, and that his firm took proactive action against persistent copyright infringers.

Under current rules, a site isn’t liable for the actions of its users. That is, provided that site takes appropriate action to remove pirated content and ban persistent offenders.

What may disturb cloud storage firms are measures proposed in the now defunct SOPA legislation. Measures that would have shifted the liability for checking the veracity of user generated content and links onto the website owner.

While the bill in its current form has been booted back to the drawing board, it will return in some form or another; the Whitehouse has indicated that it would like to see anti-piracy legislation passed this year. So while it would appear that legitimate storage and sharing services are safe for now, it’s clear that this debate still has legs, and we’re in for an interesting few months.