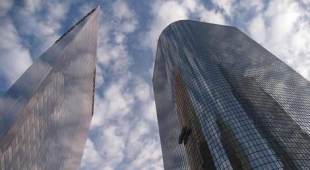 By James Bourne | 10th July 2012 | TechForge Media http://www.cloudcomputing-news.net/
James is editor in chief of TechForge Media, with a passion for how technologies influence business and several Mobile World Congress events under his belt. James has interviewed a variety of leading figures in his career, from former Mafia boss Michael Franzese, to Steve Wozniak, and Jean Michel Jarre. James can be found tweeting at @James_T_Bourne.

Recent research from analyst house Gartner has forecast a slight increase in global IT spend from 2011, with public cloud services and telecoms leading the way.

Telecoms continues to have the largest numbers in terms of IT spend, with nearly half of the overall spend ($1.7tn) accounted for in that sector, put down to net connections in emerging markets and multiple connected devices in more mature markets.

The cloud highlights of the research were:

This increase, whilst not spectacular, is still good news in line with the bleak economic outlook.

Perhaps unsurprisingly, business process as a service (BPaaS) is where most of the money in enterprise cloud spend goes, but according to Gartner other areas are catching up.

“BPaaS still accounts for most of the money of cloud spending by enterprises, but other areas such as platform as a service (PaaS), software as a service (SaaS) and infrastructure as a service (IaaS) are growing faster,” said Gordon.

As far as enterprise cloud is concerned this is important news, especially considering the recent quarterly results from data integration providers Informatica which “fell well short of expectations”, in the words of CEO Sohaib Abbasi.

Even though Gordon noted that there was “continued caution” in IT spending, cloud in the enterprise sector appears to be bucking the trend.

Were you expecting an increase of this level in cloud spending? Will the enterprise cloud continue to grow through 2016?