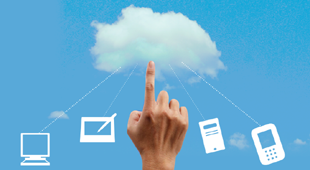 By Matt Henkes | 25th July 2012 | Tech Portfolio http://www.cloudcomputing-news.net/
Covering tech trends across a number of key sectors, including telecoms, apps, marketing and IT, Matt is Editor in Chief of Tech Portfolio. Contact him via twitter @MattHenkes

A survey of mobile enterprise app developers has found that a significant percentage plan to integrate some kind of cloud service into their apps in the near future.

Mobile platform company Appcelerator’s quarterly survey of its developers, carried out by IDC, found that 83% of devs will utilise cloud services and also intend to use a cloud solution for the back end of their apps.

The numbers are roughly in line with a similar study from Appcelerator conducted during the same quarter last year. Analysts suggested a number of factors encouraging cloud utilisation for enterprise app developers, including the increasingly compelling nature of some of the services available, like push notification.

Also, difficulty in developing back-end-server-side capabilities in-house, particularly for developers focused on client side activities, was a factor, combined with the increasingly complex job of managing the myriad connections that modern mobile apps require.

Push notification was the most popular cloud service employed by developers, with social integration coming in a close second.

On the competing PaaS services available, Apple’s iCloud Amazon’s service emerged as clear leaders, with over 70% of developers expecting to connect future apps to them. Products from other vendors like Microsoft’s Azure and VMware’s Spring scored only modestly.

The attitude of app developers and the platforms, and products they utilise, could be crucial in shaping the future of enterprise mobility, with the increasing prevalence of mobile app use in business. Analysts put Apple and Amazon’s current popularity with the developer community down to their pricing strategies and high quality developer engagement programmes.

They also highlighted the challenges facing Microsoft in translating its enterprise strengths in Azure, Windows and Office, into the mobile space.

The report also revealed that enterprise app developer interest in Apple’s iOS platform, compared to Google’s Android OS, has increased remarkably in the last year as a result of the massively popular introduction of the iPad into many businesses.

This is significant when we consider that the same survey last year had the two leading platforms neck and neck for enterprise developer interest.

Interestingly, Windows 8 also made a surprise appearance, with a third of developers expressing an interest in creating apps for the new Surface tablet, despite the product not yet being commercially available.

The perceptions of the app developer community constitute a relatively new influence on the ongoing development of the enterprise IT industry, with the ability to make or break mobile platforms and influence trends via the creative power of their collective support.

As the significance of business mobility continues to grow in the minds of CIOs, how crucial will winning over developers become for platform owners and cloud service provider alike?