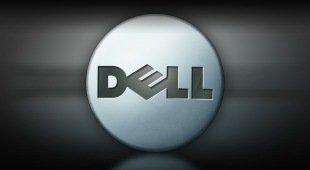 By James Bourne | 14th June 2012 | TechForge Media http://www.cloudcomputing-news.net/
James is editor in chief of TechForge Media, with a passion for how technologies influence business and several Mobile World Congress events under his belt. James has interviewed a variety of leading figures in his career, from former Mafia boss Michael Franzese, to Steve Wozniak, and Jean Michel Jarre. James can be found tweeting at @James_T_Bourne.

The specifics of Dell’s major cloud expansion have been revealed, with their infrastructure as a service (IaaS) enterprise cloud to arrive in Europe by August 31.

The platform is currently undergoing a trial in the US and Canada, with Dell Cloud aligning to VMWare’s vCloud Datacenter Service for the platform.

As reported by CloudTech last year, the service will help provide hosted infrastructure and data platforms, alongside managing and securing data, and will be available in both public and hybrid cloud systems.

Dell claims that their public cloud will be completely secure, citing the active monitoring from SecureWorks, data encryption services from TrendMicro and “multiple layers” of security in Dell centres.

The Texas-based company is adding their considerable weight to the IaaS platform after many big companies are trying to influence the expansion.

Ricky Santos, vice president for cloud solutions at Dell, said: “Our goal is to help make the journey to the cloud easy, secure and accessible for customers of all sizes.

“The Dell Cloud with VMware vCloud Datacenter Service gives customers control and flexibility to manage and extend IT resources for private, public or hybrid cloud without having to retrain IT staff”, he added.

Has Dell left it too late with this cloud offering? Are they just jumping on the IaaS bandwagon with this expansion or will this genuinely be of benefit to its customer base?