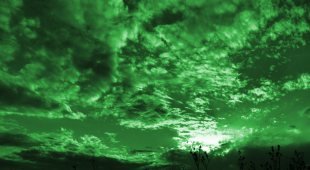 By James Bourne | 19th June 2012 | TechForge Media http://www.cloudcomputing-news.net/
James is editor in chief of TechForge Media, with a passion for how technologies influence business and several Mobile World Congress events under his belt. James has interviewed a variety of leading figures in his career, from former Mafia boss Michael Franzese, to Steve Wozniak, and Jean Michel Jarre. James can be found tweeting at @James_T_Bourne.

A recent post on the Google Green Blog has revealed that the US General Services Administration saved $285,000 in energy consumption after switching to cloud based apps.

Even though most IT decision makers would freely want to admit they’re doing their bit for the environment by migrating to the cloud, the most prominent reason companies migrate would be convenience and, above all, money.

The reason moving to the cloud would be both cost and energy efficient, Hoelzle notes, is that servers’ energy is vastly reduced. As the cloud-based solution has fewer servers at better optimisation, the energy levels are decreased.

Google found that, using Google Apps, organisations could decrease their energy costs by anything from 65% to 85% on average.

But what energy sources are companies using when they migrate?

Google appears to be moving forward with a relatively renewable green cloud system of their own free will, but they’ll have to keep it that way if they don’t want organisations like Greenpeace getting involved.

In April, Greenpeace released a report entitled “How Clean is Your Cloud?” and named and shamed the major companies which weren’t up to scratch.

They ranked each company overall with grades A-F on various issues such as transparency in disclosing information, infrastructure and advocating renewable energy.

The report found that, whilst not exactly teacher’s pet, Google, Yahoo! and Facebook had comparatively good grades – Bs and Cs with the occasional A – while Apple, Amazon and Twitter would be facing detention after class with miserable Ds and Fs across the board.

Greenpeace was also particularly scathing about the assumption that cloud was “inherently” green, overall stating that major companies needed to be more transparent about the source of their cloud energy.

So the big question here: is the green cloud both attainable and sustainable? And is Google using as much renewable energy as they can, or is their operation just one billowing black cloud?