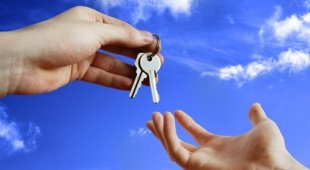 By James Bourne | 21st June 2012 | TechForge Media http://www.cloudcomputing-news.net/
James is editor in chief of TechForge Media, with a passion for how technologies influence business and several Mobile World Congress events under his belt. James has interviewed a variety of leading figures in his career, from former Mafia boss Michael Franzese, to Steve Wozniak, and Jean Michel Jarre. James can be found tweeting at @James_T_Bourne.

The annual North Bridge Venture Partners survey into cloud computing trends has revealed that more and more companies are starting to get their heads around cloud as a concept, among other findings.

The survey, entitled ‘2012 Future of Cloud Computing’, utilised supporting evidence from major players such as VMWare and Microsoft and is in collaboration with the 451 Group.

Now in its second year, the survey also noted that whilst software-as-a-service (SaaS) is still the leading service used, platform-as-a-service (PaaS) and infrastructure-as-a-service (IaaS) will gain significantly in the next five years.

Most importantly, 50% of respondents said they were “confident” that “cloud solutions are viable for mission critical business applications” – in other words, they don’t think the cloud will fail them for their business, despite what the International Working Group on Cloud Computing Resiliency (IWGCR) found earlier this week.

It is worth noting that this doesn’t mean 50% of respondents are afraid of the cloud. Infact, only 3% of those surveyed believed that cloud was too risky, which is a marked improvement on the 14% who said that this time last year.

82% of those who responded said that they were using SaaS today, with that figure expected to rise to 88% after five years. PaaS and IaaS are expected to grow 32% and 15% respectively.

Evidently with these sorts of statistics, there isn’t total adoption, and the survey shed light on why this might be the case.

The primary reason was security fears, which accounted for 55% of respondents. This was followed by regulatory compliance (38%) and the worry of vendor lock-in (32%). Interestingly however, issues such as complexity and price barely registered in comparison.

But of those who have adopted, why did they do it? Scalability (57%) proved the most popular reason, followed by the quicker, more efficient service the cloud provides. 54% of respondents agreed with this, or “business agility” as the survey called it.

“It appears that there is growing familiarity and trust of public cloud accompanied by a desire to move beyond one’s own internal infrastructure,” said Jay Lyman, a senior analyst at the 451 Group.

What does this mean in terms of trusting the cloud? Will cloud stop being a buzzword in the computing industry as people will no longer expect anything different?