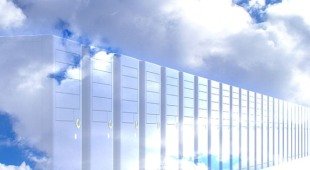 By James Bourne | 26th June 2012 | TechForge Media http://www.cloudcomputing-news.net/
James is editor in chief of TechForge Media, with a passion for how technologies influence business and several Mobile World Congress events under his belt. James has interviewed a variety of leading figures in his career, from former Mafia boss Michael Franzese, to Steve Wozniak, and Jean Michel Jarre. James can be found tweeting at @James_T_Bourne.

There’s no such thing as too little cloud research from Gartner, and this is more interesting news for cloud users: Gartner forecasts that more than a third of consumers’ digital content will be stored in the cloud by 2016.

Gartner’s research is of course widely accepted as one of the most authoritative in the business, so this will come as another welcome trend, especially given that consumers only store seven percent of their content in the cloud now.

“With the emergence of the personal cloud, fast-growing consumer digital content will quickly get disaggregated from connected devices,” said Shalini Verma, principal analyst at Gartner.

Cloud storage, in the ‘post PC’ era, is one of the most alluring aspects of consumers’ cloud adoption, and especially with user content growing at an inordinate rate, the cloud appears to be the obvious place to meet those needs.

Gartner therefore predicts that the sheer amount of digital data users store, worldwide, will be 4.1 zettabytes (zb) by 2016, up from 329 exabytes (eb) currently. To put it into perspective, there is 1000eb to 1zb. One exabyte is 1018 bytes.

Gartner also cites the increased prominence Facebook and other social media sites will play in storage capability. According to the report, whilst the standard for cloud storage is online backup services, their capability is “small relative to that maintained by social media sites”.

Cloud storage is forecast to grow “aggressively” between 2014 and 2016, with a direct-to-cloud model becoming more mainstream.

Verma said of this: “Cloud storage will grow with the emergence of the personal cloud, which in turn will simplify the direct-to-cloud model, allowing users to directly store user-generated content in the cloud.

“As storage becomes a part of the personal cloud, it will become further commoditised. Therefore, online storage and sync companies need to have a strategic rethink about their future approach”, she concluded.

Do you agree with Gartner’s prediction? Are you in the process of getting more of your content stored in the cloud?