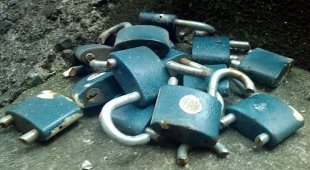 By James Bourne | 27th June 2012 | TechForge Media http://www.cloudcomputing-news.net/
Categories: OpenSource, Security, Vendors,
James is editor in chief of TechForge Media, with a passion for how technologies influence business and several Mobile World Congress events under his belt. James has interviewed a variety of leading figures in his career, from former Mafia boss Michael Franzese, to Steve Wozniak, and Jean Michel Jarre. James can be found tweeting at @James_T_Bourne.

As the Google I/O conference gets underway in San Francisco, a Google-backed start-up has launched a cloud solution which aims to eradicate vendor lock-in.

Cloud management providers CliQr Technologies has launched CloudCenter, a product which “enables applications to get to and fluidly move between clouds with optimal price-performance and without migration disruption and expense”.

The product will have an official unveiling at the Google I/O conference, with both Google Ventures and Foundation Capital providing venture capital for the start-up.

CloudCenter consists of two key products; Orchestrator and Manager. Orchestrator is an enabling technology which allows software to move effortlessly across different cloud providers, while Manager is an optimisation software allowing users to manage every aspect of their cloud applications through an intuitive dashboard.

Gaurav Manglik, CliQr CEO, stated his belief that the promises of on-demand resources and elasticity that cloud computing offers may now start to be fully realised and that their product “sets the stage for mainstream cloud adoption”.

“Migrating their existing applications has been costly and complex, often involving cloud-specific re-coding, virtualisation and, once on the cloud, sub-optimal performance”, Manglik said, adding: “CloudCenter changes all of that”.

CliQr will hope to tap into the issue of vendor lock-in, one of the more pressing concerns in cloud computing at present.

There have been fears over the dominance of products such as Amazon Web Services, which stores over one trillion files in its space, and that a lack of an open alternative will create vendor lock-in.

Rackspace president Lew Moorman told the GigaOM Structure conference that whilst Amazon provided “great” cloud services, if you use them “you are truly fused to that cloud provider”.

Various recent reports have shown that vendor lock-in is a worry. A study from Rackspace of 500 IT decision makers published this week revealed that 86% of those polled saw vendor-lock in as a key consideration when choosing cloud providers.

Similarly, the annual North Bridge Venture Partners survey revealed that a third of respondents on the fence over cloud adoption were worried about vendor lock-in.

So is CliQr the solution for those worried about not being able to switch applications across cloud providers, or is it too good to be true?