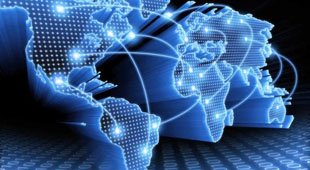 By James Bourne | 8th November 2012 | TechForge Media http://www.cloudcomputing-news.net/
Categories: Big Data, Economy, Forecasts,
James is editor in chief of TechForge Media, with a passion for how technologies influence business and several Mobile World Congress events under his belt. James has interviewed a variety of leading figures in his career, from former Mafia boss Michael Franzese, to Steve Wozniak, and Jean Michel Jarre. James can be found tweeting at @James_T_Bourne.

The world is changing faster than ever. The economic centres of power are shifting:  from West to East, and from North to South.  Economic liberalisation is one driver, as is the speed at which capital moves seamlessly around the world and the general demographic trends of people moving from insular communities in the countryside to faster paced environments in towns and cities.  But the biggest driver is technology.

Manufacturing and IT technology is moving faster than it ever has.  Small armies which can adapt and exploit new technologies quickly are taking on and defeating large armies which are wedded to long-lead capital expenditures.

Wealth is unlikely to be evenly distributed. A recent long term report from HSBC projects that by 2050 the richest countries measured by Gross Domestic Product (GDP) will be China, the USA, India and Japan, in that order.  But the richest countries by Income per Capita (i.e. how rich their individual citizens are) will be Japan, the USA and Germany (in that order).  So the rich will stay rich and the poor will stay poor, as is the way of the world. Natural resources, and especially water, will become a battleground, driven by increasing economic activity.

This massive social change will create a new middle class as the citizens of the world, taken as a whole, become richer. The same report indicates that by 2050, there will be a further 1 to 1.5 billion people who consider themselves middle class.  All those people will have purchasing power and will demand access to public sector services, such as education and health care.  All of that economic activity will require more communications and IT services – and all of that will require ever more data centre capacity.

For the first time in human history, geography is not a limiting factor.  Everyone on the planet can talk to anyone else on the plant in an instant.  This leads to new consumer communications technology applications, such as Facebook and Twitter.  It also leads to new and unexpected crowd behaviours.  On one hand, this includes the Arab Spring, which could not have happened without such technologies to bring people together to protest and to show the scale of protest.

However, on the other hand, a shop can be protected by one or two security guards, but not when a hundred hormonal adolescents, coordinated by social media, turn up simultaneously to rob it.  The scale and size of social and knowledge sharing media can only increase, and with it, the need for data centre capacity.

The world continues to shift towards more knowledge intensive activities and the speed of information dissemination continues to increase. In the period 2012 to 2025, the world student population is projected to double, with half that growth coming from China and India.  Student mobility and online learning increases, as learning and thinking patterns change and people become more comfortable with, and reliant on, global communications networks.

There will be all sorts of unexpected effects from the changing patterns of thinking and doing things.  Academic papers are an example; it typically takes two years for an academic paper to get published, following procedures, peer reviews etc.  But in a world where everyone expects everything to be available to everyone instantly, why does it need to take two years?  And will the world accept the idea that it has to take two years?

As a general rule, the more successful a person or an organisation is with old ideas, the more difficult it is produce new ones.  The West and the North have been the dominant players in innovation and wealth creation since the industrial revolution in the eighteenth century.  In part, that dominance was maintained because they could control the flow of ideas and information to innovate faster than their competitors.

But that is no longer possible in a world where knowledge is willingly shared and flows from West to East and North to South instantly.  In 2011, for the first time, almost half of all worldwide patents were granted to Chinese applicants.  China is an ancient civilisation, whose history and thinking goes back to before most Western civilisations.  The Chinese way of thinking is not better or worse that of the West, but it is different, and will produce innovations that are unexpected to Western eyes.

The key to the future over the next thirty or forty years will be the ability to embrace change and continuously adapt to new and changing circumstances. People and organisations that can learn to filter and leverage new information will prosper, while those that do not will find themselves drowning in a flood of information.  However it develops, at the very centre of it all will be data communications and the data centre, for both of which the future is very bright indeed.