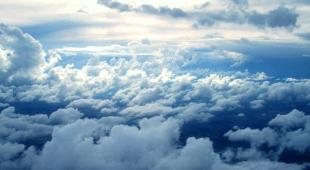 By James Bourne | 12th November 2012 | TechForge Media http://www.cloudcomputing-news.net/
James is editor in chief of TechForge Media, with a passion for how technologies influence business and several Mobile World Congress events under his belt. James has interviewed a variety of leading figures in his career, from former Mafia boss Michael Franzese, to Steve Wozniak, and Jean Michel Jarre. James can be found tweeting at @James_T_Bourne.

Recent research from Symform has shown that software-as-a-service (SaaS) continues to be the most mature cloud market, but platform-as-a-service (PaaS) is lacking by comparison.

This correlates with recent Gartner market trends research, whereby SaaS continued to cannibalise on-premise CRM solutions. Half of the respondents in the Gartner survey cited lower total cost of ownership (TCO) as the primary driver for SaaS adoption.

Security in the cloud – updated

There were various aspects of cloud security touched upon in the report. In terms of general cloud security policy, there was an interesting range of responses.

The majority of respondents (35%) said that they allowed some cloud based applications to be used, but not others. Interestingly, fewer people said they happily used cloud services (18%) as opposed to those who had no security policy concerning employee use of the cloud (19%).

The survey also shone light on the upsides to a security policy, with better data protection and IT security the most popular responses according to 48% of respondents. More confidence in regulatory compliance (44%), less time spent on identity management (39%) and less fear about cyber attacks (38%) made up the top five.

Elsewhere, nearly half of respondents in the cloud agreed that sensitive data could be secured in the cloud, yet 67% said credit card data was a step too far and shouldn’t be trusted.

Are you suffering from ‘cloud denial’?

The survey also touched on an aspect of the cloud which was called ‘cloud denial’; in other words, companies unaware – or stubbornly refusing to believe – that they were utilising cloud technology.

This isn’t the first time this has come up in a survey, albeit in different terms.

Research from Citrix in August stated that 95% of those who didn’t think they were in the cloud actually were; however this was a US consumer survey, as opposed to the Symform poll which gauged enterprise IT professionals.

In this instance, 46% of respondents in the Symform survey said they weren’t in the cloud were infact enabling cloud services or applications.

But if you are in the cloud, who would you trust most for cloud security information? Perhaps unsurprisingly, the biggest companies garnered the most respect.

Is this security research in line with trends?