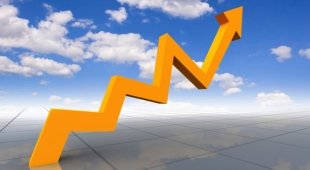 By James Bourne | 19th November 2012 | TechForge Media http://www.cloudcomputing-news.net/
Categories: Platform as a Service,
James is editor in chief of TechForge Media, with a passion for how technologies influence business and several Mobile World Congress events under his belt. James has interviewed a variety of leading figures in his career, from former Mafia boss Michael Franzese, to Steve Wozniak, and Jean Michel Jarre. James can be found tweeting at @James_T_Bourne.

The latest round of research data from analyst house Gartner reveals that worldwide platform as a service (PaaS) revenue is on target to hit $1.2bn (£754m) by the end of 2012.

Following the prediction through fully, Gartner believes the platform as a service market will hit $2.9bn (£1.8bn) by 2016.

This news appears to confound research last week from Symform detailing the struggle of PaaS compared to the more mature cloud markets of IaaS and SaaS.

The key cornerstone of the Symform report was that 79% of companies surveyed used SaaS, yet 48% had no plans to utilise PaaS in the next 12 months.

It’s no real surprise that SaaS continues to be the most mature market. Recent Gartner research forecast that over half of CRM software revenue will come directly from SaaS, as opposed to 35% in 2011.

And according to Gartner research director Fabrizio Biscotti: “Of all the cloud technological aspects, IaaS and SaaS are the most mature and established from a competitive landscape perspective, while PaaS is the least evolved.

“For this reason, PaaS is where the battle between vendors and products is set to intensify the most,” he added.

Gartner’s research appears to be particularly cloud-centric at the moment. Back in August Gartner famously proclaimed that the IT sphere was set in a nexus of forces – cloud, social, mobile and information (Big Data) – with cloud as the “glue” for other nexuses, being the pivot for everything around it.

This forecast was reiterated at the Gartner Symposium in Barcelona earlier this month, with the practical advice for CIOs added that they need to get into this nexus as soon as possible to advance their organisations.

More evidence that the platform as a service sphere is gaining momentum can be found with Oracle’s purchase of PaaS provider Engine Yard last week, moving alongside its own PaaS database and Fusion middleware.

Where do you see PaaS in six, 12 months’ time? Does it fit in with Gartner’s prediction?