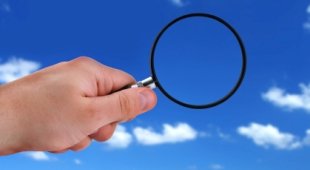 By James Bourne | 23rd November 2012 | TechForge Media http://www.cloudcomputing-news.net/
Categories: PaaS, Research, SaaS, Security,
James is editor in chief of TechForge Media, with a passion for how technologies influence business and several Mobile World Congress events under his belt. James has interviewed a variety of leading figures in his career, from former Mafia boss Michael Franzese, to Steve Wozniak, and Jean Michel Jarre. James can be found tweeting at @James_T_Bourne.

A cornerstone study into cloud computing in the UK has revealed the key difference in opinion between cloud users and non-cloud users.

The study, from Raconteur Media and written by Mike O’Driscoll entitled ‘Navigating the Cloud’, had a relatively small survey base – just under 250 completed at least part of the survey – but of that number, there was a lot of clout – 84% saw themselves as the key IT decision maker.

This correlates with research from Symform which showed that SaaS “continued to be the entryway” for cloud platforms.

The survey showed less of a grasp for PaaS, however, where 48% of Symform respondents stated they weren’t going to use PaaS in the next 12 months. Recent Gartner research predicted that PaaS would hit $1.2bn as a global market by the end of this year, and Ovum called PaaS “the next kid on the cloud block” in its latest research note.

Vendor lock-in, traditionally perceived to be a struggle for cloud, was considered the smallest concern for non-cloud users. Could this perhaps be down to a lack of knowledge? It was only the fourth biggest concern for cloud users, behind security, compliance and cost.

Security was the number two risk for non-users; yet for cloud users interoperability was the least important factor, which certainly suggests a certain discrepancy between users and non-users.

Yet there were definite similarities between non-users and users when asked about priorities when selecting a cloud provider.

Respondents had to rank each element out of five, and the report collated the mean scores.

In both cases security was the number one thought, but it was more important to non users (5.00) than users (4.77).

The full research can be found here. Does this correlate with current cloud trends?