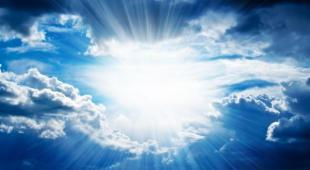 By James Bourne | 3rd October 2012 | TechForge Media http://www.cloudcomputing-news.net/
Categories: Infrastructure as a Service,
James is editor in chief of TechForge Media, with a passion for how technologies influence business and several Mobile World Congress events under his belt. James has interviewed a variety of leading figures in his career, from former Mafia boss Michael Franzese, to Steve Wozniak, and Jean Michel Jarre. James can be found tweeting at @James_T_Bourne.

CloudTech caught up with Matthew Finnie, the CTO of IaaS cloud providers Interoute, who is exhibiting at Apps World.

According to Interoute CTO Matthew Finnie, a 100% service level agreement (SLA) is ‘nonsense’, although a lot depends on the sector your cloud company is trying to reach and the shape of your business model.

Interoute, who is currently exhibiting at Apps World in London, has a virtual data centre (VDC) which offers a 99.99% uptime rate and, while it doesn’t reach the magical ‘five nines’ in availability, Finnie inferred that it’s worth looking beyond the statistics.

“99.99% is an actual availability,” he said. “We’re coming at it from a world where we have enterprise customers and carriers who are building businesses on the back of us, and they don’t want a commercial SLA.

“If we gave them three, five hours’ service credits, it doesn’t help them at all. They’re running a business, so outages are impactful in a much more meaningful way.

“So when we do an SLA, the SLA is what the exact availability is,” he added.

Interoute’s VDC compares favourably to the all-encompassing Amazon cloud, however as Finnie notes: “A lot of people would be nervous about comparing themselves to Amazon because of the scale.

“We’re the largest infrastructure provider in Europe, so in that regard scale doesn’t frighten me.”

Regarding the well-known outages which hit the AWS cloud in July, he argued: “Amazon’s model is Amazon’s model. It’s based on their experience of running their business. Our SLA is a very normal SLA for what we want to do. It’s really a question of ‘what works as a business model?’”

Interoute’s product aims to combine the simplicity of the public cloud with the security of the private cloud – a ‘truly unique cloud computing platform – the first without compromises’ as the company states.

And, for Finnie, allowing the customer to remotely back up volumes into other locations throughout Europe – in Amsterdam or Geneva – will lead to overall higher uptime rates.

“One of the keys we’re working on now is allowing our customers to use two zones with as much connectivity as they want,” he said, adding: “The goal for us is at some point, through a combination of multiple zones, we’ll be able to produce 100% – you’re starting to get to a model whereby you can get really high availability.”