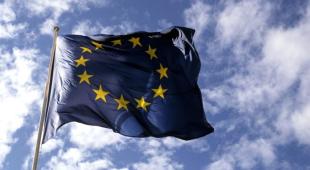 By James Bourne | 3rd September 2012 | TechForge Media http://www.cloudcomputing-news.net/
James is editor in chief of TechForge Media, with a passion for how technologies influence business and several Mobile World Congress events under his belt. James has interviewed a variety of leading figures in his career, from former Mafia boss Michael Franzese, to Steve Wozniak, and Jean Michel Jarre. James can be found tweeting at @James_T_Bourne.

Highest number of cloud users in Romania and Greece, according to research

The figures, surveying 4000 people, showed that across the EU, whilst 86% of respondents used cloud services for personal use, less than a third (29%) used it for business purposes.

The most popular responses to the question “What type of online cloud computing services have you used?” were:

The global figures derive from research earlier this year by Ipsos Mori covering nearly 15000 PC users in 33 countries, about whom the BSA set out their research template.

The research also revealed a wide discrepancy between countries on how familiar they were with the technology.

According to Robert Holleyman, BSA president: “Unfortunately, most computer users in the EU have little understanding of cloud computing and have not yet moved to capitalise on the opportunities cloud computing offers”.

It’s fair to say some big EU countries weren’t involved in this survey – however, the questions asked did correlate with the Ipsos Mori global market research to avail better results.

But could a further argument be made to infer that the figures could be higher with better understanding?

The survey mentioned various responses from participants, including answers to the question “How familiar are you with cloud computing?”

While this reveals that 35% – or approximately 1400 respondents – did have knowledge of cloud computing, it’s a fair assertion that most European computer users are still unfamiliar with the concept.

This is a prevalent trend, especially when the American-centric research from Wakefield Research for Citrix published last week is considered.

According to their study of more than 1000 American adults, responses to a slightly vaguer question – “what’s the first word of phrase that comes to mind when you hear the term ‘the cloud’?” – had very creative results.

These included such insights as “toilet paper”, “drugs” and “aeroplanes”.

While this methodology could also be brought to account, it’s surely a question of semantics – the differentiation between ‘a cloud’ and ‘the cloud’ is a significant one, after all.

Perhaps more importantly, the report found that 32% of respondents saw the cloud as “a thing of the future”. Kim DeCarlis of Citrix spoke at the time of a “wide gap between the perceptions and realities of cloud computing”.

Do these two pieces of research indicate a need for greater transparency with the definition of the cloud? Let us know in the comments…