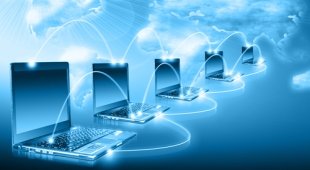 By James Bourne | 4th April 2013 | TechForge Media http://www.cloudcomputing-news.net/
Categories: Adoption, Research,
James is editor in chief of TechForge Media, with a passion for how technologies influence business and several Mobile World Congress events under his belt. James has interviewed a variety of leading figures in his career, from former Mafia boss Michael Franzese, to Steve Wozniak, and Jean Michel Jarre. James can be found tweeting at @James_T_Bourne.

Communications provider CommScope has released a report, entitled the 2013 Global Enterprise Survey, to assess which aspects of IT were changing the paradigm for organisations around the world – and found that cloud computing and enterprise mobility were the biggest tickets on the list.

The research, which is taken every three years and gathered over 1100 responses from 63 countries in five continents, found the top five disruptive IT forces as enterprise mobility, cloud services, 40Gb and 100Gb Ethernet, infrastructure intelligence and green power.

Of course, many of these overlap, with cloud and mobility often going hand-in-hand for corporate IT policy. Respondents also stated that server virtualisation and cloud were the key components of a green, energy-saving strategy.

44% of respondents said that cloud services were a game-changer, with the same number citing enterprise mobility as a key trend. The research found other contextual statistics:

The survey looked at a wide range of industries, ranging from those with a keen interest in cloud already (technology), to industries with scope for cloud adoption (manufacturing) and occupations with a perceived cloud aversion (finance). CloudTech has previously examined the effects of cloud computing on manufacturing and healthcare verticals.

Interestingly, this survey puts CommScope respondents ahead of others; the 74% of respondents currently using cloud was ahead of a separate study from Current Analysis which found that 64% of IT professionals surveyed had apps in the cloud.

1.7% of respondents said they were fully cloud-based, which may scare CIOs given the history of cloudy security scares – yet according to CommScope, the current figures for adoption indicate the beginning of a larger trend, and not just an attempt to “kick the tyres”.

Jim Hulsey, manager of education services at CommScope, sounded a note of caution about these findings, and that companies need to build on these steps.

This is sound advice, and not dissimilar to KPMG’s report back in February which advocated that companies need to look at the cloud in a more sophisticated way, and that cost reduction was “a given”.

Similarly, at the turn of the year, a Gartner survey of over 2000 CIOs found that cloud computing, software as a service (SaaS), infrastructure as a service (IaaS) and platform as a service (PaaS) were in the top three tech priorities for execs in the coming year, with legacy modernisation, CRM, ERP and virtualisation all in the top 10.

What’s your company’s IT strategy for this year, and is it incorporating cloud as a key driver? Let us know in the comments…