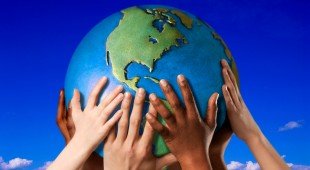 By James Bourne | 15th April 2013 | TechForge Media http://www.cloudcomputing-news.net/
Categories: Research,
James is editor in chief of TechForge Media, with a passion for how technologies influence business and several Mobile World Congress events under his belt. James has interviewed a variety of leading figures in his career, from former Mafia boss Michael Franzese, to Steve Wozniak, and Jean Michel Jarre. James can be found tweeting at @James_T_Bourne.

A whitepaper from Melbourne’s Centre for Energy Efficient Telecommunications (CEET) has cast doubt on traditional thinking regarding the energy consumption of cloud computing.

“Previous analysis and industry focus has missed the point,” blistered the Power of Wireless Cloud report to open its executive summary. “Access networks, not data centres, are the biggest threat to the sustainability of cloud services.”

As straight to the point as this is, what are the underlying reasons behind this summation?

According to the researchers, the wireless infrastructure is a more fundamental part of the cloudy ecosystem, with data centres just a part of a larger space. “Wireless cloud is a surging sector with implications that cannot be ignored,” the report notes.

This certainly raises an interesting point, and the statistics provided by CEET unsurprisingly bear this out.

Wireless access network technologies account for 90% of total wireless cloud energy consumption, with data centres only accounting for 9%. Similarly, the total energy consumption of cloud services accessed via wireless could potentially hit 43 terawatt hours (TWh) by 2015, with the current figure at 9.2TWh.

“Public debate needs to move from the energy consumption of data centres to the efficiency of wireless access network technologies,” the researchers advocate.

Of course, there’s widespread consensus that cloud computing is more efficient than desktop computing – but the methods with which these are obtained has occasionally come in for scrutiny.

This time last year, Greenpeace released a report entitled ‘How Clean is your Cloud’, giving out grades to multinational companies akin to the headmaster’s end of term school report, with companies ranked on energy transparency, infrastructure, efficiency and renewables.

Greenpeace found that Amazon and Twitter would have to wear the dunce’s cap with a litany of D and F grades, whilst Google and Akamai were top of the class, scoring A grades in renewables and transparency respectively.

This research is noted by the CEET report. “Public debate continues to focus on the energy consumption of data centres and the savings available to industry.

“However, there is a broader issue of energy consumption in the cloud computing environment not restricted to data centres.”

Industry analysts have long been predicting the rise of wireless, especially with cloud as another filling in the sandwich. ABI Research predicted an annual growth rate of 69% for wireless cloud users, whilst Cisco forecast that global mobile data traffic will grow at 78% per annum.

The researchers envisaged two potential situations by 2015, and summarised that if there was low take-up and low traffic, there would be 1.6bn users and 2.2 exabytes per month traffic, but with high take-up, the figure would rise to 2bn users and 4.3 exabytes traffic.

Above all, the researchers’ interest appears to be to change current thinking on the issue.

“To ensure the energy sustainability of future wireless cloud services, there needs to be a strong focus on the part of the ecosystem that consumes the most energy: wireless access networks,” the report concludes.

“Further debate needs to move beyond the data centre to develop a holistic account of the ecosystem.”

It’s easy to get drawn in by data discussions. The term ‘big data’ is almost beginning to turn into a misnomer, given the goalposts are continually being moved as data gets bigger and bigger.

But what’s your opinion on helping develop a greener, less ‘dirty’ cloud?