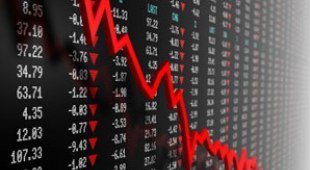 By James Bourne | 7th August 2013 | TechForge Media http://www.cloudcomputing-news.net/
Categories: Compliance, Industry, Security, Vendors,
James is editor in chief of TechForge Media, with a passion for how technologies influence business and several Mobile World Congress events under his belt. James has interviewed a variety of leading figures in his career, from former Mafia boss Michael Franzese, to Steve Wozniak, and Jean Michel Jarre. James can be found tweeting at @James_T_Bourne.

According to a report from the Information Technology and Innovation Foundation (ITIF), the repercussions of PRISM means that, over the next three years, the US cloud computing industry can lose from $22bn to $35bn due to reneged market share.

Anyone hoping this is a brand new piece of research may be slightly disappointed, although they’re not entirely wrong either.

Last month, CloudTech reported on a survey from the Cloud Security Alliance (CSA) which revealed how, for one in 10 companies, they had gone so far as to cancel business with a US CSP because of the PRISM allegations.

And the ITIF report admits partially guesstimating these figures from the CSA research. “We might reasonably conclude,” the report author, Daniel Castro writes, “that given current conditions, US cloud service providers stand to lose somewhere between 10 and 20% of the foreign market in the next few years.”

The report gives case studies to back this up; Artmotion, for instance, posting a 45% spike in revenues in the month immediately following the PRISM revelations.

As interesting as the Swiss CSP’s figures are, however, one cannot categorically prove that the upturn was 100% PRISM-related.

Yet according to the report appendix, the US share of both the US and non-US markets will go down – to as low as 55% of the non-US market by 2016 from 75% pre-PRISM – to such an extent that decline is inevitable.

Even if the numbers aren’t entirely plucked from thin air – the report admits that the data is “still thin” – the more interesting part of the report relates to what the government can do from here.

Priority number one is to make it absolutely clear what data is being spied on by whom; and secondly, the paper advocates movement to bring about transparency requirements, so everybody is clear on what information is – and isn’t – being disclosed by both US and non-US organisations.

“Taking these steps will help ensure that national security interest are balanced against economic interests, and that US cloud service providers are able to effectively compete globally,” the report remarks.

The full report can be found here. What’s your view? Do you agree with the figures shown, or is there no reason for US CSPs to be alarmed?