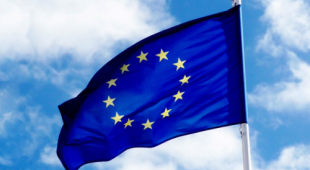 By James Bourne | 7th August 2013 | TechForge Media http://www.cloudcomputing-news.net/
James is editor in chief of TechForge Media, with a passion for how technologies influence business and several Mobile World Congress events under his belt. James has interviewed a variety of leading figures in his career, from former Mafia boss Michael Franzese, to Steve Wozniak, and Jean Michel Jarre. James can be found tweeting at @James_T_Bourne.

I recently tuned in to a GigaOM webinar on the future of the cloud a few weeks back. Key topics discussed were what’s driving cloud adoption in Europe and whether Europe can truly build a vibrant cloud ecosystem.

It was an interesting debate, which got me thinking: We listen to the likes of Gartner and other analysts on what the future will bring for cloud, but what do you as a cloud user or vendor really think about this?

GigaOM predicted that EMEA would account for 20 per cent of the global cloud market at about $40bn in 2014 and that’s ALL cloud technology. Even though that’s a more conservative number than Gartner, its still a big number, and I am sure it is one that has a lot of vendors salivating. Given that is a bucket that includes ALL Cloud technologies, it would be interesting to see how it breaks down.

There was an interesting view on the panel, that buyers in Europe are less picky about the actual platform for their cloud services and more concerned about things like location and platform openness. The location subject raised some interesting points about labour costs, with cloud services starting in countries like Slovenia, where labour is cheaper than neighbouring Austria, but the connectivity is similar.

We’ve already seen success at Abiquo where our customers build cloud services in multiple locations, so that the end customer buys a service that is close to them, but also in a location that is known and trusted. This is a clear difference in the European market and one that is not yet being served by the big names like Amazon. It’s clearly an opportunity that needs to be seized by the European providers.

The subject of cloud adoption within Europe is something that is frequently discussed in the industry. A brief survey from the GigaOm Webinar showed that the biggest objection to “cloud” in Europe is that the costs and benefits are still largely unclear, should we as cloud vendors be doing more to make this more compelling for prospective adopters, or is it a matter of better education?

I believe when speaking to prospective cloud adopters and even our current customers, this misconception has stemmed   from the bigger players within the industry; that started using the word “cloud” on all of their marketing material when they were simply rebadging old products. Those same vendors are now bringing true cloud services to market, but no doubt there are many hidden costs, which still make it hard for the consumer to realise the true benefits.

Another objection is quite an obvious one really – the issue of data sovereignty. This is potentially the crux of all barriers to the cloud and until data sovereignty issues are resolved, the costs and benefits of cloud will become much clearer and far more compelling.

The recent press around NSA’s PRISM has once again brought this issue to the forefront of many cloud discussions. Again there is an opportunity here for the European provider that can clearly articulate the data sovereignty issues and demonstrate the checks and balances they have in place to provide a secure platform.

Moving forward, it is crucial that we as vendors understand why certain high growth industries within Europe are more hesitant in moving to the cloud. Specifically those within managed hosting, who would greatly benefit and compliment cloud services.
Could it be that offering cloud services is potentially seen as disruptive to their traditional revenue streams?

Many of Abiquo’s customers in early discussions showed this same hesitancy in rolling out cloud services. However, once they were shown the benefits, not just monetary, but also the way in which their cloud or VDC offering has allowed them to easily on board customers and migrate them to managed hosting – their own cloud services have proven to be a great marketing tool.

So what does this all mean for us as cloud vendors? It is clear that there still remains a large opportunity in the European market, but to capitalise on that opportunity requires local services and local knowledge. The European cloud users want to remain in control of their applications and data, and it’s important for those of us in the industry to give them the confidence that any of the perceived objections of moving to cloud services can be easily overcome.

It is predicted that Europe will be at the forefront of rolling out cloud in the near future, but whether Europe can beat its US counterpart remains to be seen. It’s needless to say that the future of cloud will be interesting to follow and I can wholeheartedly say that discussions about its future will remain at the forefront for some time.