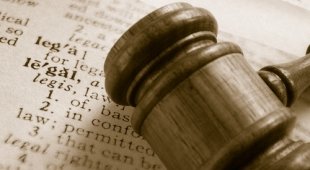 By James Bourne | 21st August 2013 | TechForge Media http://www.cloudcomputing-news.net/
Categories: AWS, Government, Private Cloud,
James is editor in chief of TechForge Media, with a passion for how technologies influence business and several Mobile World Congress events under his belt. James has interviewed a variety of leading figures in his career, from former Mafia boss Michael Franzese, to Steve Wozniak, and Jean Michel Jarre. James can be found tweeting at @James_T_Bourne.

It’s been one of the biggest stories of the summer. The battle for a lucrative CIA (Central Intelligence Agency) cloud computing contract between IBM and Amazon has featured attack, counter-attack, and all manner of legalistic name-calling as the two giants battle out for federal cloud supremacy.

While most of the talk has been in the sanctity of legal offices, a lawsuit from Amazon against the Federal Government, made public this week, reveals the true extent of the imbroglio.

The story so far: the CIA initially awarded its $600m private cloud contract to AWS back in Febuary. IBM, not surprisingly, protested against this, as reported by FCW in May.

In June, the Government Accountability Office (GAO) published a report examining both sides of the argument and, whilst admitting that Amazon’s offer was at the time “the best value” and a “superior technical solution”, made the can-of-worm-opening recommendation that the CIA “reopen the competition”, due to IBM having fair grounds to complain regarding the evaluation of Amazon’s technical and pricing model.

That’s exactly what the CIA did, and suffice to say Amazon was none too pleased, firing off a lawsuit last month which was only made public – with large parts heavily redacted, naturally – earlier this week.

Amazon’s original bid, according to the CIA criteria, was considered low risk compared to IBM’s high risk proposition, with the lawsuit describing AWS’ offer as better “by a substantial margin”, despite that being based on models which IBM, and the GAO, later found fault with.

“As a matter of standing, the law cannot rationally countenance the bidding hypocrisy of IBM,” the suit blasts.

The GAO doesn’t get away scot-free either, with Amazon accusing the office of applying the wrong legal standard in respect of AWS’ alleged competitive prejudice.

If you haven’t got a spare hour or two to wade through the whole 61-page document, the overall gist is Amazon’s belief that IBM’s complaints were unfounded and invalid; the court declare the GAO ruling “irrational and unlawful”; and the CIA should move on with Amazon as its cloud partner, business as usual.

There are sly little mentions of this in the paper; the note that IBM had received “detailed post-award debriefings” on February 19 and 21; the reference that IBM were “aware of the ground rules”

Amazon takes an opportunity to belittle IBM’s cloud offering while it’s at it. “Although IBM belatedly has moved into cloud computing, IBM does not even register on many leading commercial cloud computing analyses,” the paper claims.

Ouch. Yet here’s the rub.

Amazon cites Gartner’s 2012 infrastructure as a service (IaaS) Magic Quadrant as its evidence. Indeed, Amazon is far away the leader in the Quadrant in both ability to execute and completeness of vision.

As reported earlier this week, this year’s IaaS Quadrant sees no change at the top, with Microsoft and Rackspace falling into the ‘visionaries’ category.

But one name in the 2012 Quadrant leaps out, at the top of the niche players’ section: SoftLayer. The SoftLayer which was acquired by IBM earlier this year, of course.

Could there be a possibility, if the contest was opened up again, that IBM would make a fresh bid using SoftLayer’s technology? And what would this mean for Amazon?

Update 1553 BST: IBM has got back to CloudTech with an official statement. “Amazon had a chance to air its point of view fully and fairly at the GAO,” the statement reads. “We are confident the court in this case will uphold the GAO’s ruling and the agency’s follow-on actions implementing it.”

The statement continues: “Unlike Amazon, IBM has a long history of delivering successful transformational projects like this for the U.S. government. IBM has been delivering trusted and secure cloud services to business and government clients for many years and developed virtualization technologies, which have led to cloud computing.”

This certainly makes interesting reading. It’s impossible to argue against IBM’s credentials for big governmental IT projects in the past, but in the here and now, how much does history count for when you’ve got a company as big as AWS on your tail?

What do you make of the latest scene in the Amazon/IBM play? And how do you think it will end?