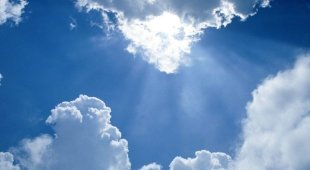 By James Bourne | 21st August 2013 | TechForge Media http://www.cloudcomputing-news.net/
James is editor in chief of TechForge Media, with a passion for how technologies influence business and several Mobile World Congress events under his belt. James has interviewed a variety of leading figures in his career, from former Mafia boss Michael Franzese, to Steve Wozniak, and Jean Michel Jarre. James can be found tweeting at @James_T_Bourne.

This is an interesting change, given how Rackspace’s most recent focus has been on OpenStack technologies instead of VMware.

Currently, the Managed Virtualisation service offers partial accessibility to vCenter’s features, but not full management capabilities. The theory, according to Rackspace, is that the dedicated environment will be an extension of the customer’s data centre.

What does this all mean? Essentially, it’s pushing more into Rackspace’s hybrid cloud policy.

“This new service has been designed to enable customers to migrate workloads out of their data centre and into a Rackspace data centre,” said John Engates, Rackspace CTO in a statement.

“Utilising Rackspace’s hybrid cloud portfolio gives customers the choice to find the best fit for their applications and workloads, all while offloading data centre management so that they can focus on their core business,” he added.

This all sounds pretty good for now – not just for Rackspace but also its customers, who will seem to get the best from both worlds. Yet one question does present itself – if VMware is building its own hybrid cloud, what does this mean in terms of competition?

The VAR Guy, writing yesterday, speculated over whether VMware should amalgamate its vCloud Hybrid Service alongside Horizon Suite, its desktop as a service (DaaS) solution?

This seems like an interesting idea in principle – but we’ll have to wait until VMworld later this month to see what the strategy is going forward.

Rackspace has been pushing its own hybrid agenda of late, chiefly releasing survey results earlier this month which revealed that, for 60% of respondents, hybrid cloud was the end point of their cloud journey, not a stepping stone to something bigger.

Yet, as Nigel Beighton, VP of technology at Rackspace UK & Ireland, explained to CloudTech earlier this month, sometimes the bare metal dedicated tech is still the best solution available.

“I come at it from the perspective that we have a very large scale, substantial public cloud,” Beighton explained. “It’s a single service level model for the mass market, and there are certain situations where I’d say to people, ‘don’t run this on our public cloud, this is far better on some form of its own dedicated server, whether it’s in my data centre or your data centre’.

“The bit I think was really pleasing about the survey [earlier this month] was that people had understood that; they’d matured and they were optimising their solutions by making common sense calls.”

What do you make of this partnership, and VMware’s options from here?