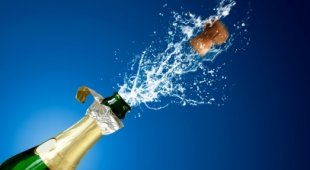 By James Bourne | 22nd August 2013 | TechForge Media http://www.cloudcomputing-news.net/
James is editor in chief of TechForge Media, with a passion for how technologies influence business and several Mobile World Congress events under his belt. James has interviewed a variety of leading figures in his career, from former Mafia boss Michael Franzese, to Steve Wozniak, and Jean Michel Jarre. James can be found tweeting at @James_T_Bourne.

Talkin’ Cloud has come up with its yearly Talkin’ Cloud 100, comprising a century of cloud’s best and brightest players. And, in a fiercely competitive field, it was Salesforce.com who came out on top of this year’s list.

Admittedly, it says something about the strength of the ecosystem where SAP (6th) didn’t make the top five and Workday (11th) the top 10. Terremark, Rackspace and NetSuite came 8th, 9th and 10th respectively, with SoftLayer finishing 7th.

For SoftLayer of course, now read IBM – a fact the researchers acknowledged which cropped up during the writing of the report.

“Amid all that activity, it’s clear that VARs (value added resellers) and MSPs (managed service providers) have warmed up to cloud computing, rather than fearing disintermediation,” the report notes, concluding: “Overall, the cloud market is healthy, growing – and attracting more channel partners by the day.”

Special mentions go to AirWatch, who broke the top 25 (23rd), solidifying the link between cloud and mobile device management (MDM), and Iomart, which at 30 was the top UK performer – and second best European company behind SAP.

In terms of the fastest growing CSPs by percentage of revenue growth, IaaS provider ProfitBricks USA topped the list, ahead of Logicalis and Dome9 Security.

Given the rankings of the top 10 overall, it’s pertinent to note that Salesforce leads the SaaS and CRM space, Amazon leads the IaaS space, whilst SAP leads in ERP.

And it certainly makes a change from the 2012 list, with Amazon, Rackspace and Savvis leading the way last year.

The report also looked at key trends in the space over the past year, and found some interesting results:

What do you make of the survey results? Do you agree with the top ranking?