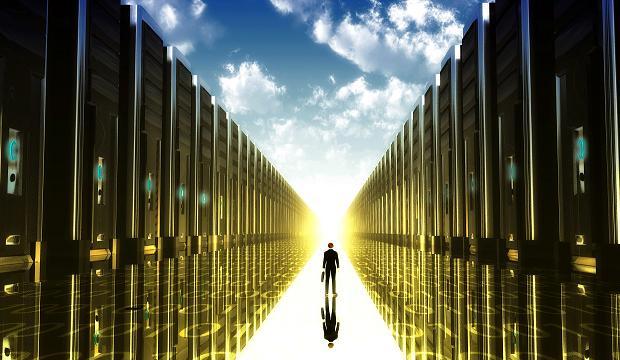 It’s official: virtualisation has made it. On the Gartner Hype Cycle for Cloud Services, it has scaled the “peak of inflated expectations”, traversed the “trough of disillusionment” and is inches from the much coveted “plateau of productivity”.

For now, it remains on the “slope of enlightenment” — but it’s a technology right on the cusp of an evolution that will expand its influence further than ever.

The core concept of virtualisation, and its promise to increase efficiency by severing the link between hardware and software, has become common in informed businesses. Indeed, there’s now a huge range of examples, among a broad set of industries that demonstrate how to quickly take advantage of it and hit the ground running.

However, exploiting its full potential is not always trivial. Some of the larger and more enthusiastic businesses out there have the resources and expertise to write their own tools and squeeze every ounce of possible value from the technology.

But this is far from the norm. Not everyone has the people, the time, or the understanding to pursue this route. As a result, establishing more complex virtualised environments can still take many months and necessitate bringing in external talent of consultants.

The next stage of maturity for virtualisation involves unlocking a higher level of power for the majority of businesses with a new set of tools and platforms that forgo this additional software development time. Using these, enterprises can quickly collate a catalogue of services and operations that administrators can chain together in even the most complex workflows.

The results extend across the application development lifecycle, freeing up time for further innovation. Virtualisation also makes it simpler to scale infrastructure to meet demand, move workload between platforms and handle tasks like disaster recovery. What was previously the reserve of advanced software technicians or businesses that could spare the resources will soon be available to all – small business to large enterprises.

The knock on effect of virtualisation being available to all is an increasing wealth of possibilities for rapid delivery beyond infrastructure and applications. The next level of virtualisation is all about providing complex end-to-end business services in an automated way and therefore the benefits of the technology will rise for every virtualised business.

Virtualisation sits in an industry that fundamentally revolves around networking and automation. In a post-PRISM age where location and sovereignty of data are more important than ever, virtualisation can be a key to this flexibility. It will now be able to handle the heavy lifting of data not only from server to server but from location to location as well. In some ways, the advancement of virtualisation is even more reliant on the network for its potential than ever.

At the same time, broader changes are taking place in the virtualisation ecosystem that enable and reinforce this evolution. For a while now, the popular Open Virtualisation Format (OVF) has helped businesses transition between hypervisor technologies and become the de facto standard among responsible vendors.

In January this year, version 2.0 was released, with the specification moving beyond its original VM-focused remit and adding support for surrounding strategic elements. This includes aspects like network configurations, workload placement policies and more. In effect, creating virtual environments with a keener strategic focus is easier than ever before. For example, automating the management of files and data ensures no two VMs providing the same function operate on the same underlying physical hardware.

By making it easier to define more complex operating environments, pre-configured templates can be quickly deployed with minimum intervention. This will improve delivery times; reduce reliance of human input and minimise cost, making virtualisation very attractive to many businesses.

Superior orchestration of all these elements, combined with smarter interfaces that make managing them more accessible is key to the next phase: “software-defined everything”. On demand has always been the key concept in virtualisation but the barriers to what that can be applied and the time it takes to do so are being reduced rapidly.

“When looking at those last few steps to the Hype Curve “plateau of productivity”, it is certain that the universal value of virtualisation has made it a ‘must have’ technology for businesses.”