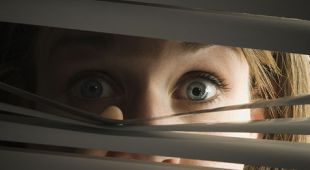 By James Bourne | 15th February 2013 | TechForge Media http://www.cloudcomputing-news.net/
James is editor in chief of TechForge Media, with a passion for how technologies influence business and several Mobile World Congress events under his belt. James has interviewed a variety of leading figures in his career, from former Mafia boss Michael Franzese, to Steve Wozniak, and Jean Michel Jarre. James can be found tweeting at @James_T_Bourne.

Cloud security is once again on the agenda after a report from Lieberman Research showed that nearly half of IT professionals were wary of keeping sensitive data in the cloud due to government intervention.

The survey was conducted at November’s Cloud Security Alliance (CSA) Congress and found that the majority of respondents prefer to keep their most sensitive data on private networks rather than on the cloud.

Other top-line findings were:

“There are a number of reasons why so many IT professionals are apprehensive about storing corporate data in the cloud,” writes Philip Lieberman in a blog post, adding: “In my opinion, the key factor is data security.

“IT managers fear that if their data is not properly protected by a cloud provider, their job and their business could be seriously impacted.”

How does this compare with other research?

“All cloud architects must ensure proper management of privileged identities; and all consumers of cloud services have the responsibility to know and understand who is protecting their data and the practices used to maintain appropriate security,” the paper states.

In comparison, a paper released by the New Zealand Privacy Commissioner last week advised that users need to be clear on the different elements of security and, ultimately, the user is responsible for all the data that’s put in: “If there’s a privacy breach, you’re going to be the one answering questions about what went wrong”.

And the price of failure is, of course, high. Back in December, Damovo UK released research revealing that, for four in five IT directors, if migrating to the cloud goes wrong it’s their responsibility.

Overall, the survey finds that while companies are expecting to find cost savings with moving to the cloud, but security is still an issue. As KPMG concluded in research earlier this month, companies need to realise the straightforward ‘cloud equals less cost’ idea isn’t telling the full story.

What scares you most about the concept of cloud adoption?