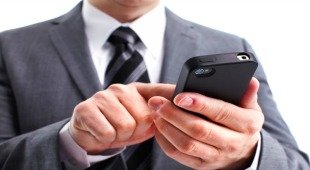 By James Bourne | 18th February 2013 | TechForge Media http://www.cloudcomputing-news.net/
James is editor in chief of TechForge Media, with a passion for how technologies influence business and several Mobile World Congress events under his belt. James has interviewed a variety of leading figures in his career, from former Mafia boss Michael Franzese, to Steve Wozniak, and Jean Michel Jarre. James can be found tweeting at @James_T_Bourne.

CDW report looks at the health of cloud computing in terms of drivers, barriers and cost and says that ‘work imitates life’ with cloud adoption

It’s that time of the year again; companies have stopped predicting what the cloud is going to look like for 2013, with organisations instead concentrating on what the ecosystem is currently looking like.

CDW is a case in point. The IT product supplier has issued its ‘2013 State of the Cloud’ report, surveying 1,242 tech professionals, and concluded that ‘work imitates life’; a big driver of corporate cloud adoption is users’ experience of consumer services.

Nearly three quarters of respondents (73%) claimed that, in their company, employees’ use of personal cloud apps has “significantly influenced” the decision to move wholesale to the cloud. Similarly, just over three in five (61%) cloudy organisations agreed that employee personal devices have culminated in a faster move to the cloud.

It’s also the case with IT professionals – two thirds agreed that their personal use of cloud has influenced the company in terms of adoption.

The report, as is par for the course, looked at drivers and barriers to cloud adoption.

Security was the number one bugbear according to 46% of respondents, which isn’t the biggest surprise – especially when one considers security top of mind following Lieberman Research’s report last week claiming half of IT professionals were wary of keeping sensitive data stored in the cloud due to government intervention.

Another interesting aspect of the CDW research was a detailed look at the infrastructure being moved over, on a company-by-company basis. Storage software was the most frequently cited service moved to the cloud by SMEs (40% small businesses, 35% medium businesses), whilst conferencing and collaboration tools were the most popular for large organisations (40%).

Storage was also the most important cloudy system for higher education (31%) and local government bodies (19%).

Cloud computing as a financial incentive is not new, of course; arguably the most well-known piece of research banging that drum was IDC’s detailed study back in July which concluded that businesses who use Amazon Web Services (AWS) see a 626% ROI through five years.

Aside from cost, increased efficiency was cited as the biggest benefit, with 55% of respondents citing it. Better employee mobility (49%) and increased innovation (32%) were the next plus points.

CDW concludes the report with a series of best practice tips, with the most relevant of these relating to companies starting their journey in the cloud. CDW recommends that organisations should “launch first with services that don’t pose unacceptable risks to your organisation, aren’t business critical and where complexity of information is low”; sound advice indeed.

The full report can be read here (requires registration). What’s the main reason your company has moved to the cloud and, if your company’s still using legacy software, why hasn’t it taken the plunge?