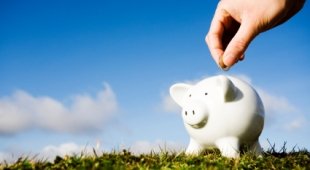 By James Bourne | 21st February 2013 | TechForge Media http://www.cloudcomputing-news.net/
James is editor in chief of TechForge Media, with a passion for how technologies influence business and several Mobile World Congress events under his belt. James has interviewed a variety of leading figures in his career, from former Mafia boss Michael Franzese, to Steve Wozniak, and Jean Michel Jarre. James can be found tweeting at @James_T_Bourne.

Nearly nine in 10 companies agree that moving to the cloud has resulted in cost savings, according to a new survey from open cloud provider Rackspace.

The research looked at over 1300 US and UK-based companies, as well as conducting qualitative interviews with executives surveyed.

Of course, it’s not the biggest surprise that a cloud vendor is advocating companies moving to the cloud.

In a whitepaper illustrating the research, this was made abundantly clear in terms of what the survey had found. Cloud computing “saves money”, “helps increase competitiveness” and “offers exciting opportunities for businesses of all sizes”, according to the research.

Sounds good. But what statistics are in the report to back up this assertion?

88% of businesses using the cloud stated that they have saved money as a result, with three in five believing that cloud computing has improved infrastructure efficiency, enabling more time “to focus on strategy and innovation”.

In some cases, the research demonstrated that it wasn’t just growing an existing business; more that it’s the difference between getting a company off the ground and floundering. Garry Prior, co-founder of Taxi for Two, is quoted in the report as saying: “Without the ability to run our infrastructure on the cloud, we just simply couldn’t afford to start up.”

For most of the options, it appears that larger enterprises are more cloud-friendly than SMEs. Nine out of ten large organisations cited cloud as a factor in increased investment, compared to 84% of SMEs, whilst two thirds of big businesses said they could focus more on strategy, as opposed to 58% of SMEs.

“The study shows just what an important impact cloud computing is having on UK and US businesses,” said John Engates, Rackspace CTO in a statement. “It’s particularly interesting that, despite the ongoing economic backdrop, half of businesses on both sides of ‘the pond’ are actually increasing profits and growing their business through use of the cloud,” he added.

Yet the overriding theme from the report, in terms of looking towards the future, was that Britain in particular wasn’t utilising cloud computing to its fullest extent.

“US businesses are leveraging this potential better than UK businesses, and are showing the way,” the report notes, yet it adds: “Cloud adoption is set to grow in the UK, across all sectors and in all sizes of businesses.”

It’s certainly worth noting that European cloud uptake is lower than the global average, as BSA concluded in research published in September – although this is something Neelie Kroes will be hoping to achieve with the “Unleashing the Potential of Cloud Computing in Europe” strategy.

But where will things develop from here?