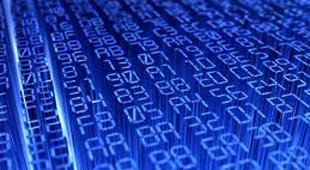 By James Bourne | 26th February 2013 | TechForge Media http://www.cloudcomputing-news.net/
Categories: Industries,
James is editor in chief of TechForge Media, with a passion for how technologies influence business and several Mobile World Congress events under his belt. James has interviewed a variety of leading figures in his career, from former Mafia boss Michael Franzese, to Steve Wozniak, and Jean Michel Jarre. James can be found tweeting at @James_T_Bourne.

The data boom is a very real mark on the industry landscape, with the potential and hype surrounding big data expected to increase dramatically. But what can this data practically do?

Speakers at a Mobile World Congress conference session on Monday gave various insights into the discussion, with the conclusion being that, in both developed and developing markets, big data has the potential to be a lifesaver.

One of the big players in this sphere is IBM, with CTO Paul Bloom examining what its supercomputer, Watson, is now doing after it won a million dollars – which IBM gave to charity – beating two former Jeopardy! multi-champions in 2011.

The concept Bloom pushed was ‘cognitive computing’ – a ‘cross between super-computing, manual technology and neuroscience’. During its brief game show career, Bloom insisted Watson wasn’t connected to the Internet, yet had access to over 200 million pages of structured and unstructured data.

“We want to generate hypotheses from that data,” noted Bloom. “We’re not programming the computer to do what we tell it to do, but it learns.”

Most recently, Watson has been working in the health industry – “he’s just graduated from medical school”, as Bloom put it – using its massive data banks to advise on how to treat cancer patients. As reported in Forbes earlier this month, 90% of nurses who use Watson follow its guidance.

“In the future, we see a significant number of mobile app scenarios, taking the amount of unstructured data to create new scenarios and to provide a dialogue between the end user,” said Bloom.

Linus Bengtsson, co-founder of not for profit data aggregator Flowminder, discussed how operators could benefit from enhanced disaster management due to big data.

Bengtsson, a qualified doctor, cited the Haiti earthquake of 2010, and the subsequent cholera epidemic, as how tracking mobile phone data can be vital in saving lives. “In a disaster, it’s the opposite of normal life – in a disaster, you really want other people to know where you are,” he noted.

For Bloom however, Watson’s medical occupation is just the beginning. “This is a continuous learning process, but as it grows, it will improve its accuracy, and it will create those evidence profiles to have a very high confidence in the answer Watson is giving.

“We think we’re at the very early stages of this new era of computing.”