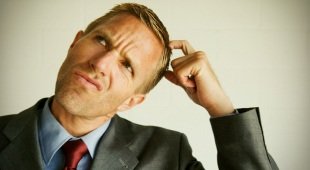 By James Bourne | 11th January 2013 | TechForge Media http://www.cloudcomputing-news.net/
Categories: Research, Cloud Computing Retail and Consumer News. Read the latest news on cloud computing in the retail and consumer sectors here at Cloud Tech News.">Retail & Consumer,
James is editor in chief of TechForge Media, with a passion for how technologies influence business and several Mobile World Congress events under his belt. James has interviewed a variety of leading figures in his career, from former Mafia boss Michael Franzese, to Steve Wozniak, and Jean Michel Jarre. James can be found tweeting at @James_T_Bourne.

With the analysts predicting cloud computing to rise and rise in 2013, it can be refreshing to get a consumer perspective on how they use the cloud and their overall knowledge of it.

Yet the signs don’t appear to be good – a new survey from UK-based hosting group Webfusion has revealed that two thirds of UK consumers don’t have a clear view of what the cloud entails.

Webfusion polled over 1,000 people, with their findings giving little credence to a consumer shift in cloud perception.

When asked the question ‘when it comes to computers, do you understand what ‘cloud’ means?’, just over a third (33.8%) related most closely to the response ‘yes, I have a clear understanding’. 28.5% emphatically said ‘no!’ whilst 18.3% agreed with the response ‘I have some understanding’.

Not particularly good signs there and the response was similar when concerning understanding of cloud products.

Consumer perception of the cloud is at a similar level in the US, if a survey from virtualisation expert Citrix last year is anything to go by.

Particularly eye-opening results included 40% saying an advantage of the cloud was accessing work information in their “birthday suit”, and 25% saying the cloud was great for keeping embarrassing videos off the hard drive.

It wasn’t all bad news in the Citrix survey however, as some practical uses were cited; lowering costs, catalysing SME growth and improving consumer engagement for businesses being the top three.

So why is consumer opinion so flaky? It could all be down to semantics – something which needs to be clarified and improved upon in 2013.

One of Forrester’s big cloud computing predictions for this year was that companies will stop saying that everything is going cloud.

According to Thomas Vollrath, CEO of Host Europe, the parent company of Webfusion, it’s easier for everyone concerned to be more specific about the terms a company offers.

“The research shows that providers of online services to the consumer market should be very wary of using the word ‘cloud’,” said Vollrath, adding: “Most users don’t understand the technicalities of what defines a cloud service, and probably care even less.”

Vollrath continued: “Cloud remains strictly a business term, but even then I would argue that it is just as important – perhaps more so – to focus on the specific benefits of the service that you provide.

“Telling a business owner of MD that you can significantly lower their hosting costs and improve availability is usually a much more compelling message than simply to rely on the cachet of cloud.”

What can be done to make the consumer more knowledgeable on the cloud?