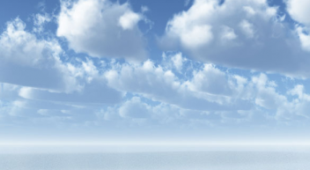 By James Bourne | 30th January 2013 | TechForge Media http://www.cloudcomputing-news.net/
James is editor in chief of TechForge Media, with a passion for how technologies influence business and several Mobile World Congress events under his belt. James has interviewed a variety of leading figures in his career, from former Mafia boss Michael Franzese, to Steve Wozniak, and Jean Michel Jarre. James can be found tweeting at @James_T_Bourne.

Cloud service provider Interoute has announced the launch of CloudStore, an enterprise app store which doubles up as a compute and storage facility, hosting OS and databases, as well as business apps.

Interoute, known for its virtual data centre and owning Europe’s largest cloud platform, is further focusing its efforts on the enterprise – understandable, given that’s where most of its client base lies – but featuring a much more rounded product than just hosting apps.

Counting Microsoft, RedHat and Ubuntu among its cast list, the Interoute CloudStore integrates several assets, with its integrated network, compute storage platform underneath a layer of appliances, from which secure platforms can be built.

The store also comes with an online knowledge centre, designed to help enterprises choose a bespoke model to suit their business needs.

In a press release, Interoute calls the solution a “game changer” and “the next generation of cloud computing; one that doesn’t compromise on data sovereignty, privacy concerns or performance.”

But what was the genesis of the CloudStore? Speaking to CloudTech, Interoute CTO Matthew Finnie said that the idea of ‘we’re just going to fill it up with apps’ swiftly altered after consultation with clients.

“We very quickly realised with most of our customers – who are not consumers – it’s all about getting the appliance integrated with the piece of infrastructure they can trust and use,” said Finnie.

Finnie continued: “It’s highlighting the idea that people have got very comfortable conceptually with the idea of ‘I’ve got a smartphone, I’ve got a tablet, I can download an app, it does something cool’. The problem for most people who run big infrastructure, internal IT or otherwise, [is that] their internal infrastructure is not designed to operate like that.

“So we’ve seen this year, a bunch of customers come to us and say ‘the edge of my user base is so diverse, the amount of platforms at the edge is so diverse, I’ve just got to standardise everything’.

“For us, it’s a big shift to the cloud, but it’s one which is based on solid, sensible, rational thinking.”

The network and underlying infrastructure is pivotal to Interoute’s ethos, and it’s an often overlooked facet of cloud computing, according to Finnie.

“The biggest challenge for most people with cloud computing isn’t necessarily computing – it’s always the network,” noted Finnie. “It’s the one thing that the big incumbent cloud computing providers kind of ignore.

“It’s under that list of hard problems to solve, but for someone like us it’s a natural bread and butter thing.”

Of course, from VMware, to Amazon, and even the UK government’s G-Cloud, there are plenty of cloudy app stores in the market – but Interoute’s offering is a more integrated solution. Does this change the app store paradigm?