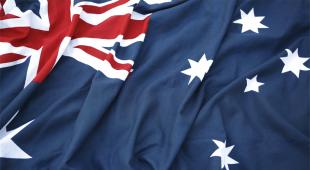 The International Data Center (IDC) researchers have this week put into writing what many will already suspect: cloud computing continues to grow in Australia. But does this all fit in with recent coverage?

86% of Australian enterprises currently use cloud computing in some aspect, up from 71% this time last year, according to the latest report from IDC, “Australia Cloud Services 2013-2017 Forecast and Analysis”.

Not surprisingly, there’s still a fair amount of future gazing in the report, with IDC predicting that the Australian public cloud services market will grow to a whopping A$2,671.9 million (£1,631m) in 2017, meaning a compound annual growth rate of 24.7% for that five year period.

Aside from the pinch of salt which generally needs to be taken with such statistics, these are still impressive numbers.

In a statement, IDC Australia cloud services senior analyst Raj Mudaliar said cloud was “business as usual” for CIOs today, adding: “By 2015, cloud will be just another delivery model for a range of ‘as-a-service’ offerings that are based on infrastructure as a service, platform as a service and software as a service.”

A more interesting facet of the research came from the enterprise side; the business unit is most likely to have the final say when it comes to selecting a cloud service provider (CSP), ahead of the IT department.

This again emphasises the importance of technical knowledge in the upper echelons of any company; or, even, the rise of the CTO in business decision making. A report published earlier this week revealed how only one in three executives saw knowledge of current cyber security threats as a prerequisite for a boardroom job, whilst a recent analysis piece on Enterprise AppsTech revealed how the CIO is getting squeezed in terms of directing the company forward.

Australia is certainly gaining prominence in terms of cloud enthusiasm and internal technology, from both business and government. However one weakness remains: connectivity.

Last year, the Asia Pacific nations were ranked by the Asia Cloud Computing Association (ACCA) and revealed a mid-table score for Australia, coming seventh out of 14 countries and scoring strongly on freedom of information, ICT prioritisation and data privacy. However Australia ranked second bottom – behind continental neighbours New Zealand – on connectivity.

That’s not to say the country isn’t working on this difficulty. In May, the Australian government released its long awaited National Cloud Computing Strategy, outlining the country’s cloudy vision and attempting to build bridges between its cloud infrastructure and the National Broadband Network (NBN).

In short, three primary goals were issued in the report:

The overall sense from the report was that, by working with trusted companies, building incrementally and recognising the important role government can play in procuring services and regulating the market, Australia can take advantage of its current resources – a technically knowledgeable population, a skilled ICT sector – and become a major global cloud force.

Security appears to have been shored up. A Protective Security Framework document was released last week by Mark Dreyfus, the Australian Attorney General detailing an agency-level “risk assessment” for outsourced information which doesn’t require privacy protection – all on a case by case basis.

Last month, IBM announced that up to 1500 jobs will be cut to Australia, with local media conjecture blaming it on a more general migration to cloud computing. Earlier in July, Microsoft revealed that new data centres were being implemented in New South Wales and Victoria. Amazon, of course, opened its big Sydney data centre in November last year.

Yet amidst all this, questions remain. Unlike the US and UK, Australia does not appear to be pursuing a ‘cloud first’ policy; will this hinder Australia from becoming a global force? Will there always be a connectivity hindrance due to Australia’s geography? How long will it be before all the big players take out a data centre in Australia?

CloudTech will watch the coming developments with interest.