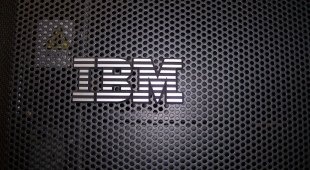 By James Bourne | 6th June 2013 | TechForge Media http://www.cloudcomputing-news.net/
Categories: Enterprise, IaaS, M&A, Public Cloud,
James is editor in chief of TechForge Media, with a passion for how technologies influence business and several Mobile World Congress events under his belt. James has interviewed a variety of leading figures in his career, from former Mafia boss Michael Franzese, to Steve Wozniak, and Jean Michel Jarre. James can be found tweeting at @James_T_Bourne.

It’s not hard to imagine the reasons around this. Dallas-based SoftLayer calls its platform “cloud without compromise”, and describes itself as the largest privately held cloud infrastructure provider in the world.

IBM’s cloud portfolio certainly hits home enterprise-side, particularly with its public backing of OpenStack, and SoftLayer’s technology will give the enterprises a wider range of cloudy options.

Therefore, it’s the perfect sort of company for IBM to swallow up, and adds another player into the bubbling IaaS mix.

The past couple of months have seen acquisitions, launches and rollouts galore from major players looking to get ahead in the race – or, perhaps more pertinently, get closer to Amazon, as CloudTech examined yesterday.

From Google’s Compute Engine release at I/O, to Microsoft’s Infrastructure Services push, not to mention VMware’s vCloud Hybrid Service, IaaS is a huge playing field at present – and with IBM’s latest acquisition, it’s only getting bigger.

The Synergy Research Group released research earlier this week which showed that IaaS and PaaS (platform as a service) revenues passed $2bn in the first quarter of 2013, further enabling the market’s growth.

“With SoftLayer, IBM will accelerate the build-out of our public cloud infrastructure to give clients the broadest choice of cloud offerings to drive business innovation,” said Erich Clementi, IBM Global Technology Services senior VP in a canned quote.

IBM’s cloud push looks more and more interesting with each bet, with one of its more interesting weapons being Watson, the supercomputer best known for its appearances on the quiz show Jeopardy. With so much data to digest, utilising such features as its Client Engagement Advisor in the cloud, the system has been dubbed by some as ‘Watson-as-a-Service’.

The terms of the deal were not disclosed, but reports widely speculate that the fee was around the $2bn mark.

What do you think of the acquisition? IBM’s been making waves in the IaaS space, but is it too late?