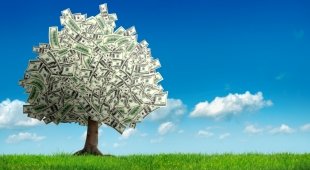 By James Bourne | 10th June 2013 | TechForge Media http://www.cloudcomputing-news.net/
James is editor in chief of TechForge Media, with a passion for how technologies influence business and several Mobile World Congress events under his belt. James has interviewed a variety of leading figures in his career, from former Mafia boss Michael Franzese, to Steve Wozniak, and Jean Michel Jarre. James can be found tweeting at @James_T_Bourne.

Nearly nine in 10 small to medium businesses have experienced “cost-related challenges” with backing up and recovering virtual servers, according to the latest industry report from virtualisation provider Veeam.

These fiscal frustrations primarily included ongoing management costs, backups requiring too much storage and expensive licensing models, according to the report.

Conducted in November and December 2012 by independent market research specialists Vanson Bourne, the report surveyed C-level executives or higher from the US, UK, Germany and France.

And the underlying theme from the research was that, in spite of how important it is to back up VMs and servers, it’s not a walk in the park.

Perhaps unsurprisingly, as is the way of these things, the research from a virtualisation provider advocates virtualisation as the primary solution, yet the statistics on their own still make interesting reading.

The most eye-opening of the lot was that more than half (55%) of respondents said they were planning to change their tools for backing up virtual environments within the next two years.

The reasons companies gave for initiating the change ranged from altering total cost of ownership (46%), complexity (44%), and not being able to meet recovery time objectives (30%).

The research also shows that the more employees you have, the likelier chance of difficulty. Nine in ten SMBs with 750+ employees admitted difficulty, with the number decreasing to 84% for 501-750 strong organisations, and 78% for those with 251-500 employees.

In terms of clock watching, there’s little to suggest that virtual machines are much of an improvement on legacy software. On average, physical servers take 4 hours 54 minutes to recover, whilst a virtual server takes 4 hours 21 minutes. The question, therefore, is should the added cost difficulties of virtual servers be worth it for the sake of half an hour?

Regardless, cloud computing will evolve and be here for the significant future. A recent infographic from Firehost explored the theme ‘the cloud is here to stay’; noting that picking the right cloud or virtualisation solution is difficult by saying: “Choosing the wrong cloud for your business is like driving a truck in a Formula 1 race.”

The full report can be found here (registration required). What’s your take on virtual server backup?