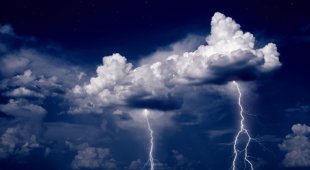 By James Bourne | 12th June 2013 | TechForge Media http://www.cloudcomputing-news.net/
Categories: Research,
James is editor in chief of TechForge Media, with a passion for how technologies influence business and several Mobile World Congress events under his belt. James has interviewed a variety of leading figures in his career, from former Mafia boss Michael Franzese, to Steve Wozniak, and Jean Michel Jarre. James can be found tweeting at @James_T_Bourne.

Researchers at the Lawrence Berkeley National Laboratory have come up with a model designed to show the full extent of cloud’s energy efficiency.

The report, put together by a research team comprising McCormick School of Engineering Northwestern University and Lawrence Berkeley and part funded by Google, unveils the CLEER (Cloud Energy and Emissions Research) model, described as the ‘first ever open-access, fully transparent systems model for energy analysis of cloud systems by the research community’.

What’s more, the model predicts an 87% reduction in primary energy use if companies moved their business software – comprising CRM, productivity and email tools – to the cloud.

The report rightly notes that not all modelling attempts are 100% accurate, but adds: “Despite uncertainties, the energy savings potential of cloud-based software is likely to be substantial on a national scale given the vast differences between the energy efficiencies of local and cloud data centres.”

It’s worth noting that part of these ‘uncertainties’ will revolve around the researchers  only having access to publicly available data from a variety of sources – the word ‘estimate’ in its various guises was used 126 times in the report.

Yet the methodology seems more than sound. In this US case study, the researchers worked out that 86.7m of US workers used computers, and of that number, all used email, whilst 58m used productivity tools and 8m CRM software.

The overall results, particularly the 87% energy decrease, are shown helpfully here. In specific terms, it will mean a 47 petajoule (PJ) output per year in the US, as opposed to 373 PJ in a traditional data centre:

Of course, perhaps the biggest benefit of the model is that it is fully open – would you expect any less from Google? – allowing other researchers to utilise it and generate their own reports.

Yet this report firmly nails its colours to the mast; cloud will save energy. It’s certainly a different message to that of the National Resources Defence Council (NRDC), who last year advised caution with boldly stating cloud equals energy efficiency, and the analysis of data centres differs greatly from the report released in April by Melbourne’s Centre for Energy Efficient Telecommunications (CEET), which advocates that access networks are more to blame.

But what do you think? Do you agree with this latest report, or is the cloud’s energy saving reputation still on less than solid ground?